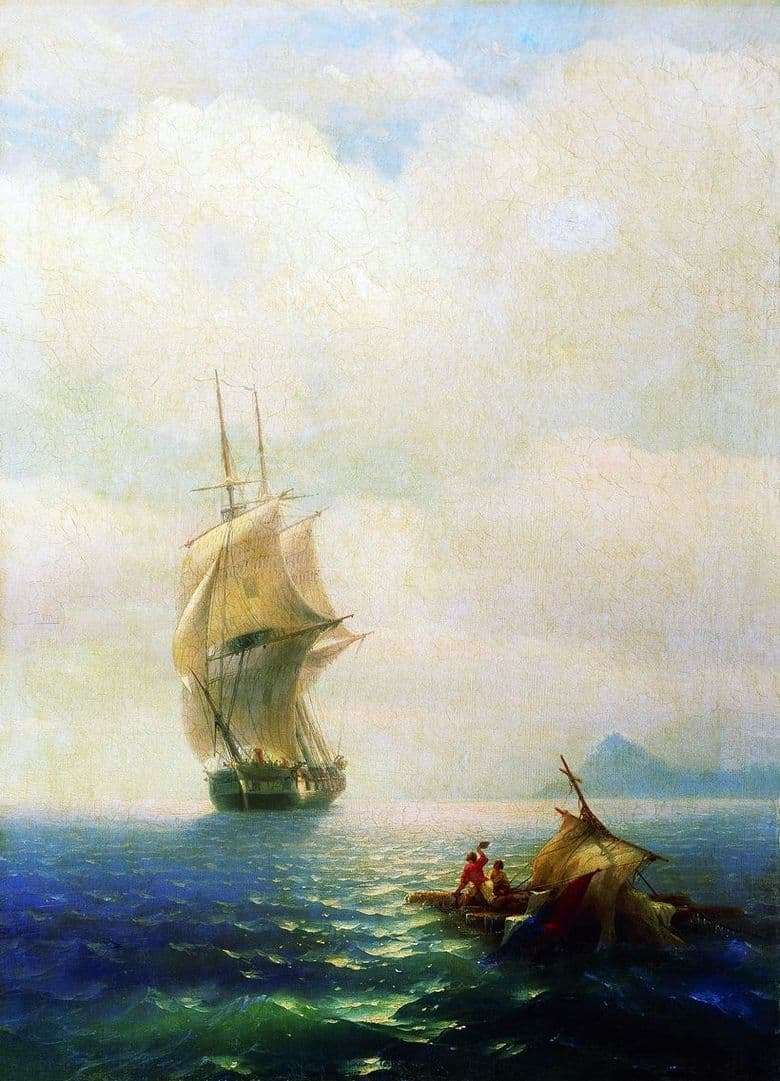 Outstanding marine painter Ivan Konstantinovich Aivazovsky wrote his work “After the Storm” in 1854. Looking at the picture, we clearly see the calmed-down sea, a frigate in the distance and below in the picture a ship that looks more like a raft. These are probably unhappy sailors who crashed in a storm. Ivan Konstantinovich wrote his canvases from the sky or from the air – this was the first thing he began to paint. I tried to write this part of the picture at a time, without rest. He had to finish it, even if he had to work for twelve hours in a row to complete this part. Thanks to such diligence, he managed to convey all the credibility and veracity of colors, the unity of the air atmosphere. The artist often kept several paintings in his studio – on one side were the recently started paintings, on the other he kept the finished canvases.

The completed paintings did not stand long in the workshop, they were in demand. Aivazovsky was rapidly becoming popular. Once in Rome, at one of the exhibitions, Ivan Konstantinovich Aivazovsky managed to exhibit a couple of his canvases. Later, the newspapers of Italy wrote about them, revealing the name of a new outstanding Russian artist.

Ivan Konstantinovich Aivazovsky managed to portray nature, the sea, the elements of the sea, with what seemed so easy. All his canvases can be read as poetic or musical improvisations.

The painting is kept in the city of Kharkov, in an art museum. Made in oil on canvas.