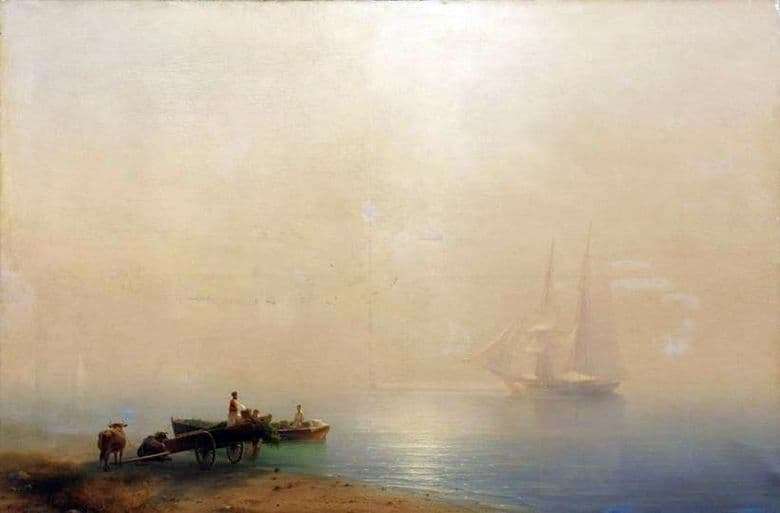 The great Russian artist Ivan Aivazovsky was born and grew up in the Crimea, and from an early age, he loved to see the sea in all its manifestations, considered it something native. Romantic attitude to the water element did not leave the artist throughout his life. His works are filled with the power of the endless surface of the sea, the skill of the painter in them is combined with the depth of feelings and seriousness of thoughts. A little underestimated among the connoisseurs of art landscape, Aivazovsky brought to a completely new level, putting it on a par with historical paintings.

Many works of the master, of different sizes and epic depictions, introduce us to the metamorphoses of the sea, transitions from one state to another. Not one generation of people enjoyed the splendor of the elements thanks to the paintings of Aivazovsky, and he created in his life about 6000 works.

In 1840, an artist in Italy met the brightest luminaries of Russian culture and science – Gogol, Botkin and many others. Living in Rome, he studies the works of the great masters of the past, and creates several original sketches and paintings. The Italian Sea is depicted in his paintings as an example of the harmony of man and nature. In 1853, he created the painting “Foggy Morning”, in 11 years there will be “Foggy Morning in Italy” and many works devoted only to the elements that awaken after the night oblivion. The society in Rome highly appreciated the talent of Aivazovsky, he was called the pioneer of the marine painting genre, and he received an award from the hands of the Pope. Then the artist’s talent was appreciated in the rest of Europe – exhibitions are held in France, England, the Netherlands. Works Aivazovsky become the first among the samples of Russian painting,