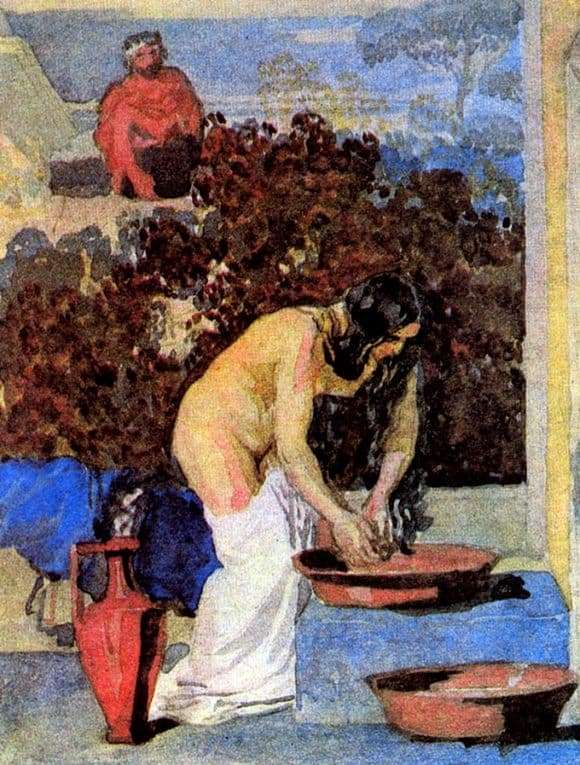 Bathsheba is a beautiful name, and this woman was just as captivatingly beautiful. It is mentioned in the pages of the Bible. The second Judaic King David was walking somehow through the territory of his palace, going to the roof, his eyes were attracted by Bathsheba bathing in the neighboring garden. The man was fascinated by the naked beauty of an unknown woman.

Immediately he sent the servants to find out about this person who had taken possession of his thoughts. The man reported on her name and the fact of marriage. But David did not stop this news. Forgetting about God, under the rule of passionate love, he sent Bathsheba’s husband to death. It was Uriah the Hittite, who served the king as a devoted and courageous warrior.

To conceal the atrocity, David ordered his man to lead the military to the enemies in the most dangerous place and order the detachment so that Uriah would be left alone with death. The secret murder was accomplished, but soon the king will have to remember God, repent and incur the deserved punishment.

Alexander Ivanov’s watercolor work conveys to the audience the image of Bathsheba, and in general, the moment of the birth of sinful thoughts in the soul of King David. It was written by a Russian artist in 1843 with watercolors on paper in a book for personal records. Air colors of blue and red watercolors are diluted with dark green light touches of the brush.

In the foreground – basins and a jug of water, a naked girl bends down to wash the washcloth. Her body outlines are dim, eye-catching long wavy black hair. Behind a vegetable fence sits a dumbfounded David, with a loving gaze he digs into what is happening behind a deciduous tree.

A lot of personal in the film “Bathsheba”. Ivanov in the years of its writing was captivated by acquaintance with Maria Apraksina. But his beloved woman married another. And the artist turns to the Bible in search of a way out of the tragedy that has happened in his life.