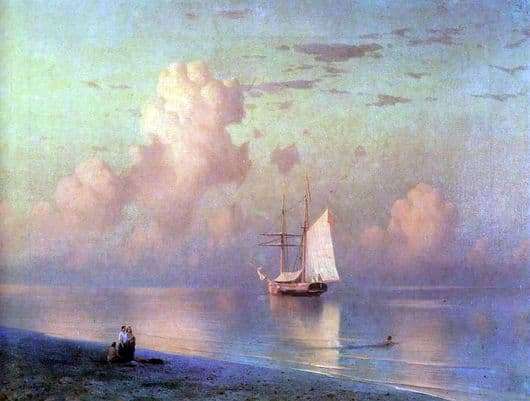 Picture painted in 1866 The painting was written in 1856. Many artists wrote the sea. But only Aivazovsky managed with incredible, truly magical accuracy to portray this unbridled element. The painter incredibly loved the sea, which is why he could so faithfully convey his special breath and constant movement. Even when complete calm, there is a kind of movement, expertly conveyed by Aivazovsky. These extraordinary beauty landscapes depict a magnificent sunset on the sea.

The pictures are truly magical. The sun sets on the sea very quickly. Only the master can so accurately catch all the features of the sea and sky at this moment. The spectator not only fully feels the light breeze or rather strong gusts of wind, but also the movement of a sailboat, swaying slightly on the waves. 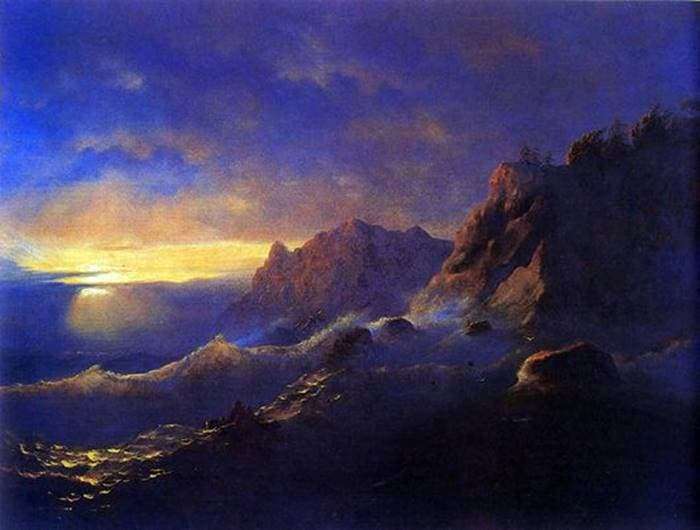 How many different shades joined in the sky. It turns out that it is far from just blue, as some used to traditionally count. It is both dark blue, and bluish, and lilac, and almost black. The sun has almost set. It is not shown in the pictures. Its light passes through the clouds, illuminating the sky and the sea. The clouds themselves are truly magnificent. They seem to glow from the inside with an extraordinary golden light emanating from the sun.

On the first canvas the sea is absolutely calm, and on the second a stormy (almost a storm is depicted). It is far from blue. How many shades are connected here. Almost black, dark blue, blue and golden. A truly ambitious picture appears before the audience. No other painter managed to depict the sea with such precision. Every landscape is alive, as if it were not a picture, but real nature. Surprisingly, each time the sunset is different. Two of the same just does not happen. Nature is always different and this is its true charm and power. Aivazovsky not only felt it, but was able to convey in his paintings.