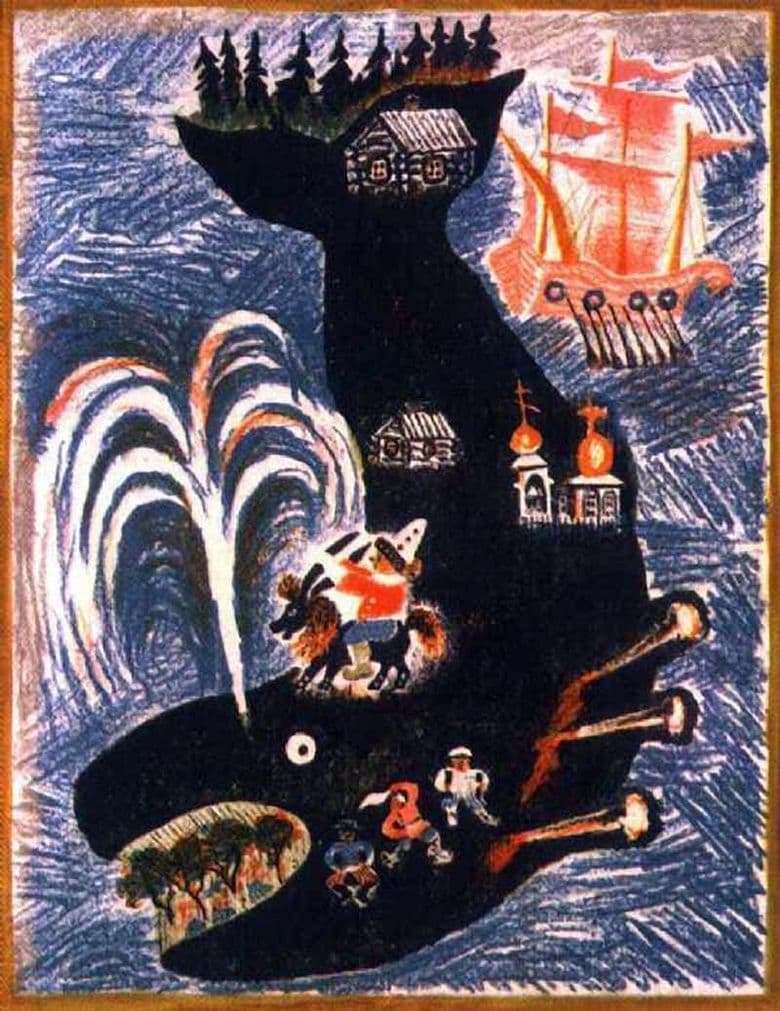 In 1935, Vasnetsov completed illustrations for the fairy tale of P. P. Ershov “The Little Humpbacked Horse”.

Yury Vasnetsov depicted the images of fairy tales bright and special. In each created picture, he used the method characteristic of him, which is inextricably linked with folk art. The artist brings the principles of folk art into the art of his time.

Vasnetsov creates his fantastic, fabulous landscapes, based on his impressions of Russian nature. Each image of the fairy tale is imbued with expressiveness, optimism and individual character. When writing the image of the actor, he was always based on his actions and actions in the written fairy tale.

At the same time Vasnetsov always creates for the future little viewer, making the illustrations close and understandable for children’s perception. His ability to pass each episode through the principle of children’s perception, bringing the traditions of folk art into it, make his drawings special.

Color emotionality plays a special role in the paintings of Vasnetsov, which he invests in the theme of a fairy tale. The palette used by the artist is limited to twelve colors. It is like a color alphabet for the little reader. Vasnetsov, like a teacher, helps the little reader to learn something new.

Each drawing of a fairy tale is depicted by him very simply and easily: the sea is blue, the whale is black, the sun is yellow. No complex shades, merges and transitions of the gamut from color to color. Everything is simple and monotonous.

Yury Vasnetsov works responsibly on each illustration, bringing fabulousness and fantasticness into it, while not forgetting accessibility for perception by the child.

The book “The Humpbacked Horse” with illustrations by Yury Vasnetsov was published in a hard copy binding, its circulation was one hundred thousand copies.