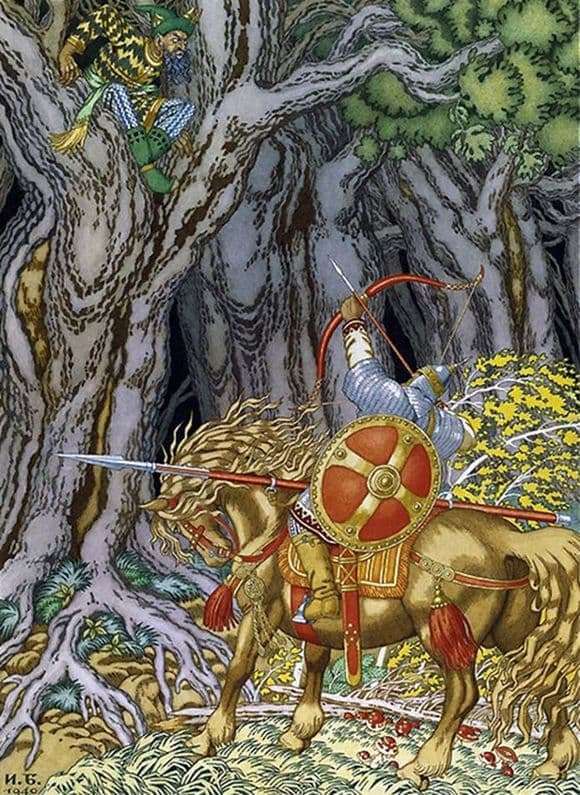 Bylina about Ilya Muromets is one of the main components of the Old Russian epos. If you believe her, Ilya Muromets spent thirty years and three years lying on the stove, because his legs did not walk, but when he was thirty-three, three elders came to him and returned his ability to walk so that he walked and protected the Russian land. And Ilya took the sword, sat on the good horse, and went to look for those who need help.

The first were merchants who complained to him that the road to Chernigov was blocked, because there, on twenty-seven oaks, he had been sitting for thirty years, and no one from him had a pass, neither horseman nor footman. Who is robbed, whom he kills with a whistle, and you have to go round. Then Ilya went to win the robber.

Hearing the tramp of his horse, he whistled for twenty miles, but the hero was not frightened. He whistled ten miles away, more strongly – only the horse stumbled. He boomed when Illya was already under an oak tree – and received an arrow in the eye, which is why he died, after which the road became free.

The painting depicts the moment when Illya aims at the Nightingale in the eye. The horse stands under him, with his four legs on the ground, so as not to blow off, the trees bend with whistles, but Elijah’s bow looks straight at the robber who sits on a huge oak tree.

A dark-skinned Nightingale dressed in Tatar style, his face expresses anger and confusion. He whistles with all his might, but the man in front of him refuses to fall, refuses to die, and this surprises and enrages him.

Elijah is visible only from the back, but by the way he leans back to better aim, by how cleverly hold the bow of his hand, it is clear that he is not at all afraid, and that the whistle does not work at all.

The picture is made in the traditional for Bilibin fanciful manner, replete with details and very bright. Made to be a good illustration for a thick book of fairy tales.