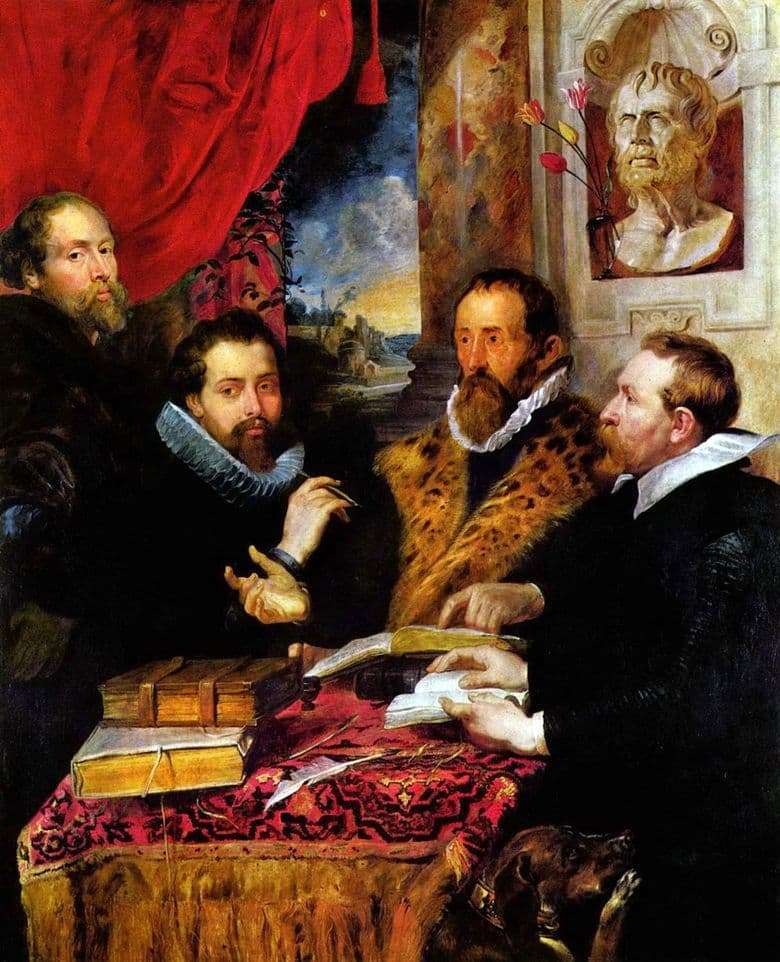 The picture of this gifted and talented artist has a special meaning and value for Rubens himself. “Just Lipsius and his students” is another name for this canvas, and the peculiarity lies in the fact that the artist painted the most dear people in the picture – his brother, his close friend and person, whose role in their life became crucial – the teacher Justus Lipsius.

The picture shows a marble sculpture of the Roman philosopher Seneca, under his head is a great teacher with his favorite students. The artist on this canvas depicted himself, but he was a little distant from the participants of philosophical discussions. The artist is depicted in the face of an ordinary listener who is ready to indulge in these clever and philosophical speeches for a long time. The picture is made in a rich color palette, and even there is luxury and some pomp. Luxury lies in such details as a column made of marble, a curtain of luxurious and bright drape. You can observe in the picture how near the bust of a Roman artist there is a transparent vase with beautiful and bright tulips.

The picture is interesting in that not only the teacher appears before us as a bright personality, but also the students have their own personality and characteristics and differences. Looking at the picture, it can be noted that the artist puts family ties and friendship in the first place, because he depicted people dear to the heart in the foreground, while he himself was eliminated from them.

In general, the emotions that the picture conveys immerses the observer into the inner world of the participants in a philosophical conversation.