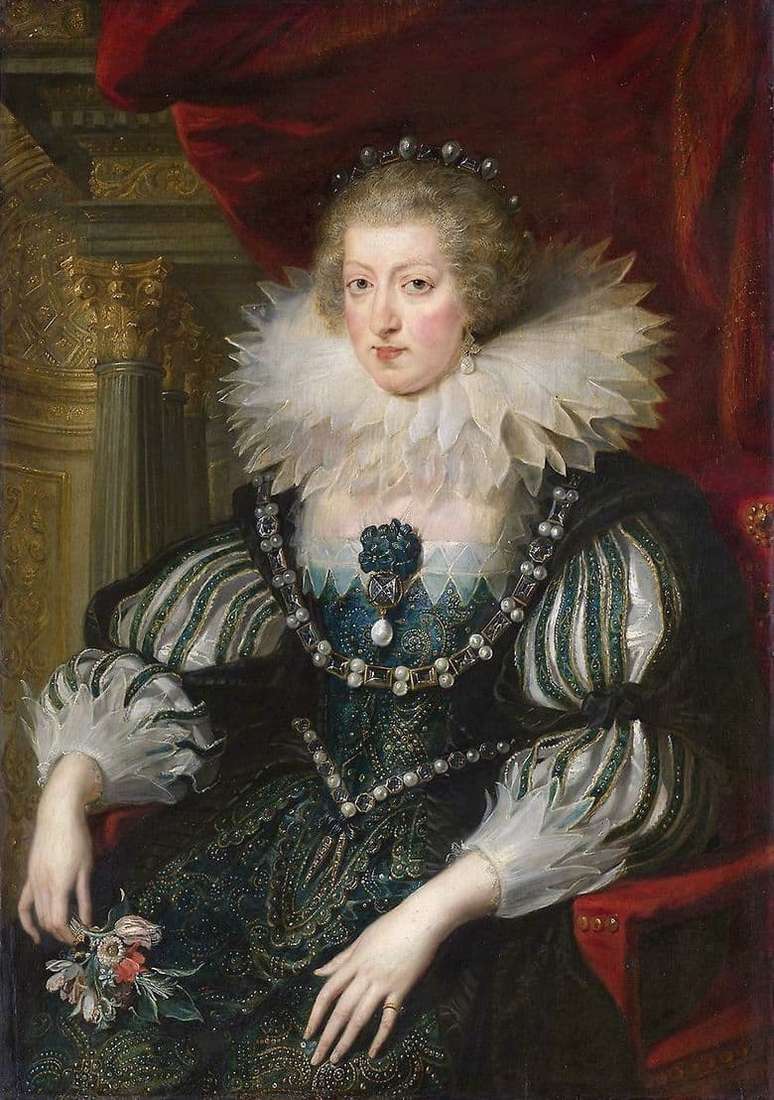 “Portrait of Anna of Austria”, located in the Louvre, refers to the more mature works of the artist, a representative of the Flemish school. The canvas depicts the daughter of the Spanish king Philip the Third and Margaret of Austria, the future spouse of Louis the Thirteenth.

Inclined to intrigues, the queen, so soon became the wife of an influential monarch, in the picture of Rubens appears with a light charming smile, barely visible on her full sensual lips. Her face is beautiful, in the eyes of Anna of Austria a lively flame dances, demonstrating her lively character and fierce temper. The hands of the ruler, on the contrary, express uncertainty, recalling that she is a very young girl, forced to hold herself worthy of the position. Little fingers, which are so touchingly slightly bent, show that she is a little insecure, maybe even a little confused by something of her own, mysterious and feminine.

She holds a delicate bouquet of flowers – creamy pink and white, which is in disharmony with her outfit, once again reminding how Rubens managed to combine the fiery temperament of Anna of Austria and her emotional experiences, which of course she does not speak out loud. Her dress is made in the characteristic Rubenso early Baroque style: a dark dress in the style of rob, under it is a cott with a fan-shaped frame collar, all this magnificence is trimmed with laces and it is depicted brightly, filled with rich color. The outfit of the young Queen of France refers to her Spanish roots, recalling the traditions of her native country.

The paints of the picture are warm, the canvas is filled with emotions, the very life – Anna of Austria seems to be looking at the picture, intriguing and warning about something, telling about her experiences with this single glance.