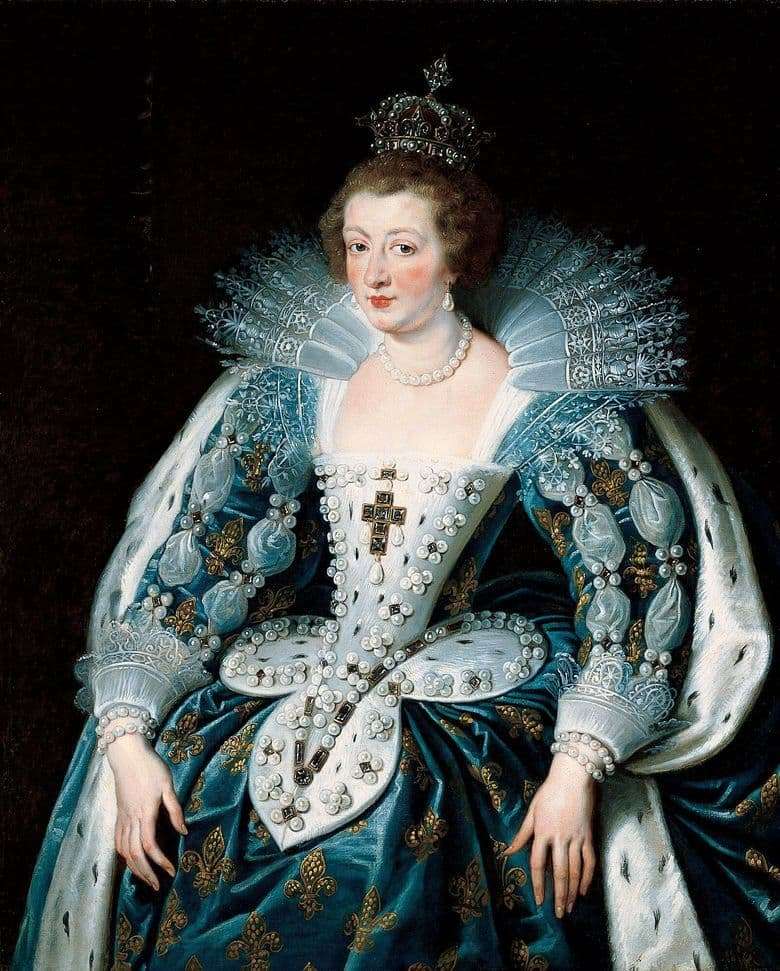 Rubens was very hard to draw Anna of Austria, wife of King Louis XIII of France. Four portraits eloquently tell us about this. Now it is difficult to say exactly at what time they were written. Experts relate all 4 portraits to the years 1622-1625.

The costume, which is depicted in one of the most famous paintings of the great painter “Anna of Austria”, clearly shows the influence of Spain on France during that period.

The size of the canvas depicting the queen is 120×96.8 cm. It is made with oil on a wooden board. We know the picture under the abbreviated name. Her full name is “Anna of Austria, wife of Louis XIII, King of France”.

In the work of Rubens, we see a pronounced baroque style. Rubens was rightly considered the author and creator of great baroque compositions. Anna in the portrait is endowed with arrogant degree. We see her in a calm posture, her head slightly turned. Anna looks meaningfully at the viewer.

Anna of Austria, was born in Spain, in the family of King Philip the Third. In those days it was not customary to give girls a good education (even of royal blood), so she received only knowledge of Latin and learned the basics of European languages. Anna could only see her parents on certain days. In 1615, at the age of 14, he married Louis XIII. In 1643-1651, he became regent of the little king Louis XIV. Was implicated in a variety of actions against Cardinal Richelieu.