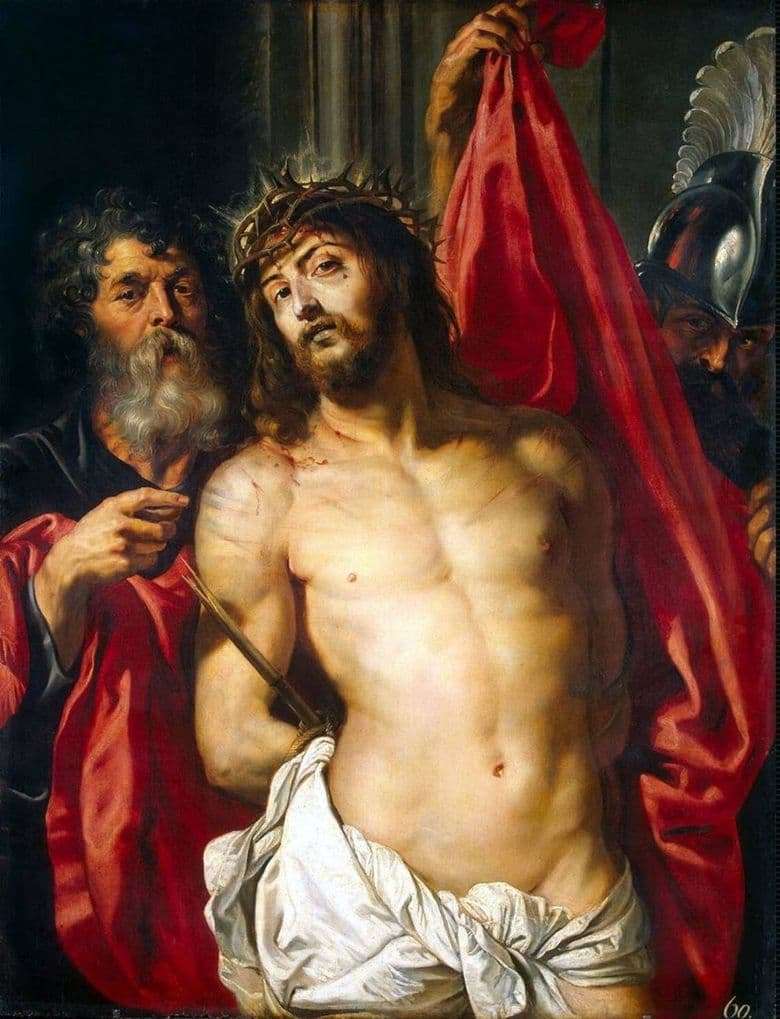 This picture refers to the early work of Peter Paul Rubens, but here you can already see that the master knows human anatomy well. Creating in the Baroque era, the artist studied a lot the works of ancient masters, their sculptural heritage. Therefore, in this work we see a thorough drawing of all the muscles of the human body.

The plot depicted in the picture illustrates the lines written in the Gospel of Matthew. It is believed that when Jesus was captured, they led him immediately to Pontius Pilate. The Roman procurator did not know how to do the right thing: let go of Jesus or condemn. But under the onslaught of the people, he nevertheless decided to impose a death sentence on him. From himself, he took this responsibility, “washed his hands.”

The picture shows the moment when Jesus is shown to the people. Soon he is executed for ideas he preaches. But now they decided to make a joke out of him. They put a crown of thorns on his head, as a symbol of a nonexistent crown. They scoff at him; the sharp crown with thorns causes excruciating pain.

Behind Jesus, Pontius Pilate himself comes. He points his right hand somewhere ahead, as if paving the way for Jesus. Behind the martyr we see a Roman legionary. He is wearing military attire, and in his hands he carries a large red canvas. The soldier is trying to throw matter on the shoulders of Jesus, so that he looks more like a fictional monarch. The color of matter is also not accidental here. Red is not only the color of blood that will be shed very soon by Jesus. Red has also always been considered a symbol of a strong, powerful monarchy. But in this work the red cape is only a mockery and a mockery.

After Jesus was dressed in royal attire, the whole Roman people began to mock him. They began to throw stones at the martyr and beat him with sticks. But Jesus is not depicted frightened or miserable. He calmly goes to meet the dangers, he is not trying to escape.