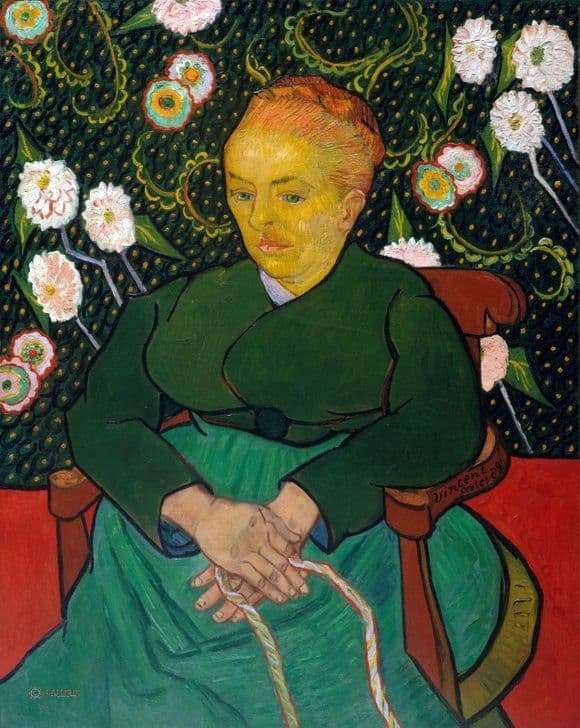 Cloth “Lullaby” was written by Van Gogh in a rather difficult time of his life. The picture was created in Arles. Incidentally, its creation began shortly before the case when the master simply picked up and cut off his ear due to clouding of his mind. It was some time before Gauguin’s departure. But the artist completed his creation after returning from the hospital. The work was written is not easy, many times Van Gogh rewrote it. And the witnesses reported that the master, who had never sung anything before, often sang lullabies during the writing of the canvas.

The model for the image in the picture was the spouse of a local postal employee Augustine Roulin. In that period of life, she was one of the few with whom the artist closely communicated. Van Gogh sincerely believed that the family of this woman was exemplary, simply the ideal of a healthy family life of the most ordinary people. The master often wrote on his paintings to Augustine, her spouse or small children.

The picture is written mainly in green tones. These are both rich emerald and dark green shades. The look of the depicted woman seems thoughtful and tired, but at the same time focused. The freshness of the work adds snow-white flowers, located in the garden in the background. The foreground of the canvas is distinguished by clear straight lines, even the folds on the skirt of a woman seem somehow “sharp”. But behind her back you can see an ornament of elegantly curled green in fresh light shades of green.