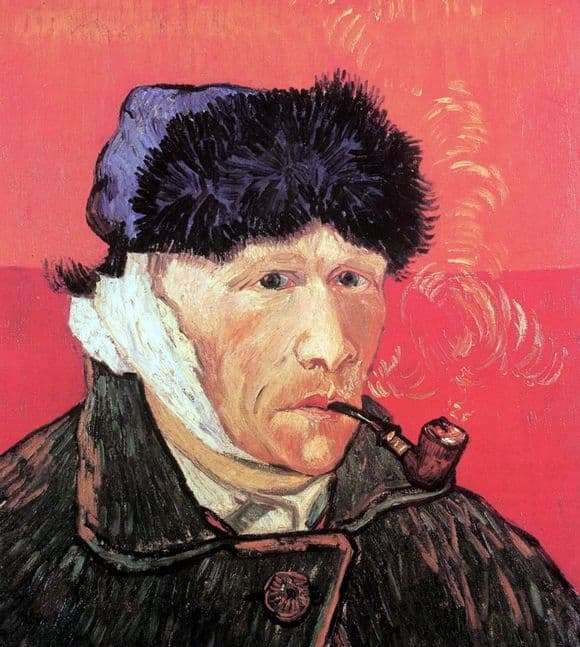 The name Van Gogh is most often associated with people from far-off art, with the fact of his biography that once he cut off his ear. This causes laughter to someone, disgust to someone, misunderstanding to someone, but usually it does not go beyond these feelings. In fact, history is more worthy of sympathy than censure.

Van Gogh was not famous in his lifetime. He was not even known – for all the time he managed to sell only one painting. He was a beggar, they persecuted him, considering him crazy – because he continued to draw, instead of finding a “normal” and “decent for a man” job – he happened to starve, buy instead of food paint. A life full of hardships, over time, led him to a real madness. At that time, he was visited by a friend, also an artist, Gauguin, and they happened to quarrel. Van Gogh fell into a rage, grabbed the razor, and when a frightened friend left him, he cut off his earlobe. What pushed him to it – no one will know, most likely madness, which had to be sent somewhere.

“Self-portrait with a severed ear” was written after some (probably not too long) time after these unpleasant events. On it, Van Gogh is still with a bandage, with a tube in his teeth, on a red-orange background, creating an unpleasant, oppressive impression. He is wearing a coat, a warm winter fur hat, a pipe in his teeth emitting smoke – he is traced in the form of spirals and rings. The eyes of the artist are slightly mowed, their eyes are out of focus and it looks like a whole person like a person who is slightly out of his mind. Madness comes to him, and fighting with him, he paints pictures, tries to survive, but, as we all know, he will fail and he will end his life with suicide.