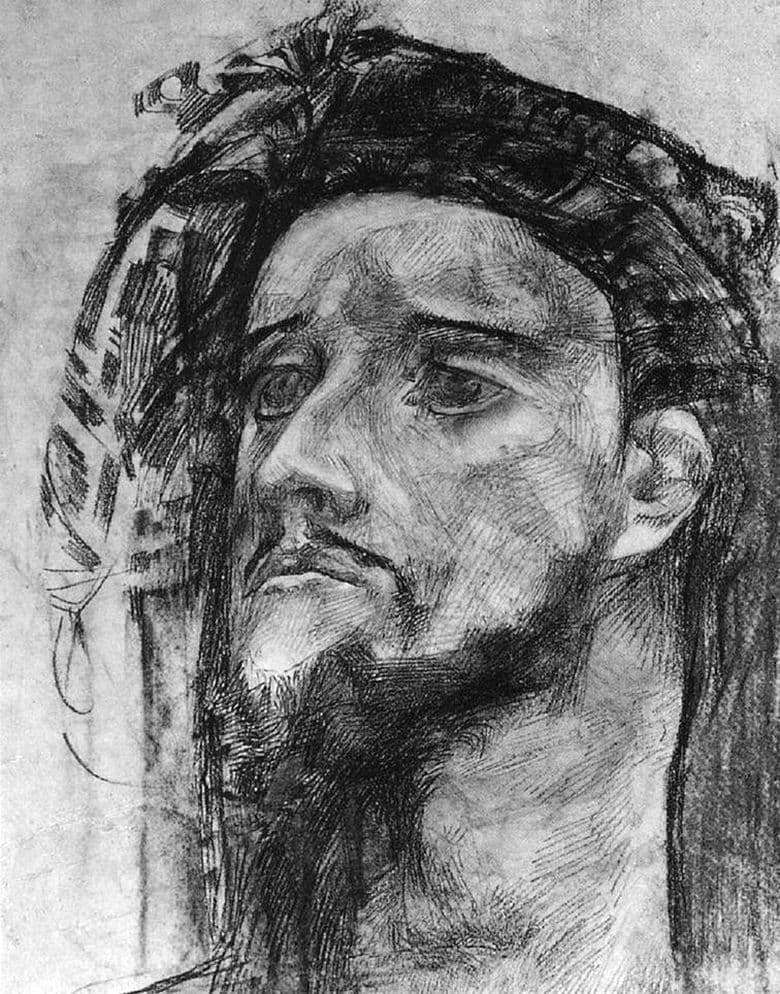 It was painted by the artist around 1904-1905. To create it, we used ordinary paper, watercolor, charcoal and a pencil.

The viewer can openly observe the sad look of the prophet. Vrubel managed to convey in the image the entire length of his eyes, which seemed to chain him to himself. So much so that it is almost impossible to immediately break away from him.

The head is located in such a way that it was not a full face or profile. Long and elegant lines of the neck are clearly expressed on the canvas. Long hair is interrupted by a pencil leading out. And the face is covered with a beard and a small mustache.

Thanks to the execution of the picture in pencil, dark-gray shades ardently prevail here. And the bright white reflections that appear are revealed due to the used watercolor.

If you think about it, the artist’s resemblance to the character of his picture is so obvious that there is no doubt that in real life Vrubel found something in common with the loneliness of this prophet. How much he suffered and suffered in his soul this man…

The look conveys not the emotions of hatred and hostility towards this world from all its cruelty, as it would seem, from all the pain caused to it, but an understanding of all its depth and essence.

The essence of the image of the prophet is dual. On one side of the scale is the whole majesty of the human spirit. And on the other side, boundless longing and loneliness. And Lermontov wrote: “How sullen he is, and thin, and pale! How despise all of him. ” And only the whole genius of Vrubel could convey to the canvas what Lermontov himself plotted in his works.

This picture was written for the publication of the works of Lermontov. Namely, the poem “The Demon”.