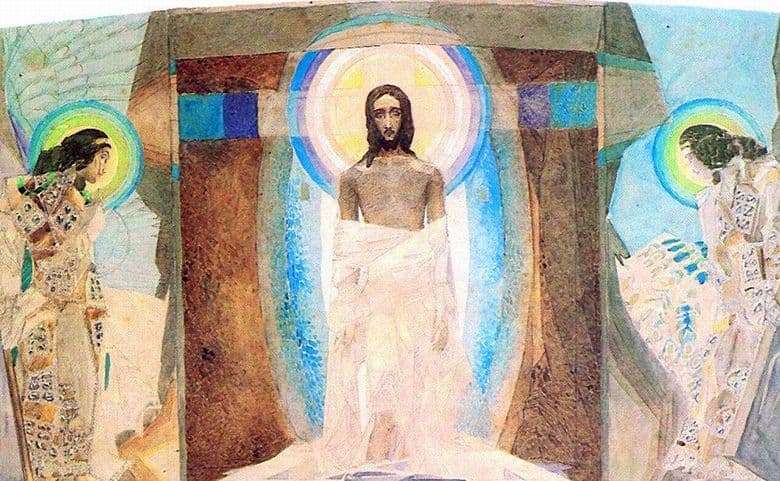 “Resurrection” Vrubel is a sketch for the painting of the Church of St. Cyril in Kiev.

Mikhail Alexandrovich Vrubel is a great Russian painter, sculptor and draftsman who was a pioneer of modernism with an original vision. An innovator by nature, Vrubel rejected the tradition, but he was not in tune with his times. Some contemporaries misunderstood him, and Vrubel’s life ended tragically. Nevertheless, almost all artists of the early twentieth century consider him, if not the founder, then certainly laid the foundations of the Russian avant-garde.

Initially, Vrubel followed in the footsteps of his father, graduated from the law faculty of St. Petersburg University, and then immediately entered the Academy of Arts. His teacher was Pavel Chistyakov, a virtuoso artist who had a great influence on Vrubel. From him Vrubel acquired an acute perception of the form and its components. Even in his earliest paintings, he had already shown an amazing talent in painting and a peculiar outlook. Still enjoying the academic monumentality, then in his works appeared a tendency to fragmentary composition and “unfinished touch”.

From 1884 to 1889, Vrubel lived in Kiev, where he studied and worked on the restoration of icons and frescoes of the Cyril church (XII century), and also painted a series of murals and icons. It was then that the “Resurrection” appeared. According to many art critics, while characterizing works of religious subjects of that period and, in particular, works in the Cyril church, “his palette acquired new strong saturated colors, resembling a rainbow game of precious stones.”