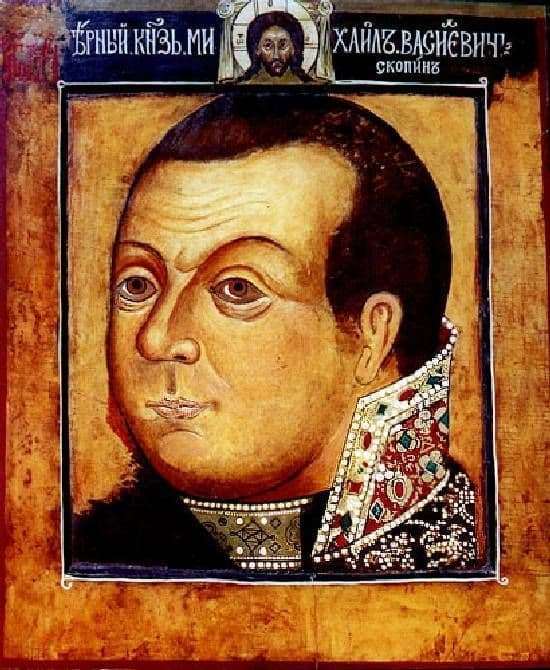 The word “parsuna” originates from the Latin: persona – personality. This term is intended to refer to portraits that arose during the transitional period of Russian history, when the transformation of the medieval worldview and the transition from icon painting to writing secular portraits took place.

At the beginning of their appearance, the parsons were no different from icons: they were written on icon boards, decorated with halos. The pictures had few details, so they signed up so that you could recognize the painted personality. In the second half of the 17th century, Parsons begin to be depicted on the canvas with oil paints, but the technique of writing remains the same as when creating icons. The characters of Parsun became rich and powerful people: kings, princes, military leaders. Most Parsun writers are not known.

Mikhail Shuisky – state and military leader. As a child he became a centurion at the royal court, then the False Dmitry made him a swordsman. Shuisky contributed to obtaining the impostor of the royal throne. After the death of False Dmitry, Uncle Michael becomes king. Shuisky, who shows great interest in military affairs, becomes a voivod.

Soon a rebellion led by Bolotnikov began against the king. During the battle of the tsarist army with the rebels, 19-year-old voivode Mikhail manifests his mind, fortitude and military art. After several battles and a long siege of Tula, the rebels surrendered. The army of the king won largely due to the actions of the young commander.

In 1608, on the instructions of the king, Skopin-Shuisky made an alliance with the Swedish king against Poland. The young man showed outstanding diplomatic and administrative qualities. With the help of the Swedish army, he defeated the army of False Dmitry 2, and then began to liberate Russian cities from the Polish invaders. In 1610, Shuisky liberated Moscow and entered the city as a winner. The people honored him. The king and his entourage was concerned about the people’s love for the commander and was afraid of his claims to the throne. A month after the victory at the age of 23, Mikhail Skopin Shuisky suddenly fell ill and died. According to rumors, he was poisoned by wine, which brought him the wife of the brother of the king.