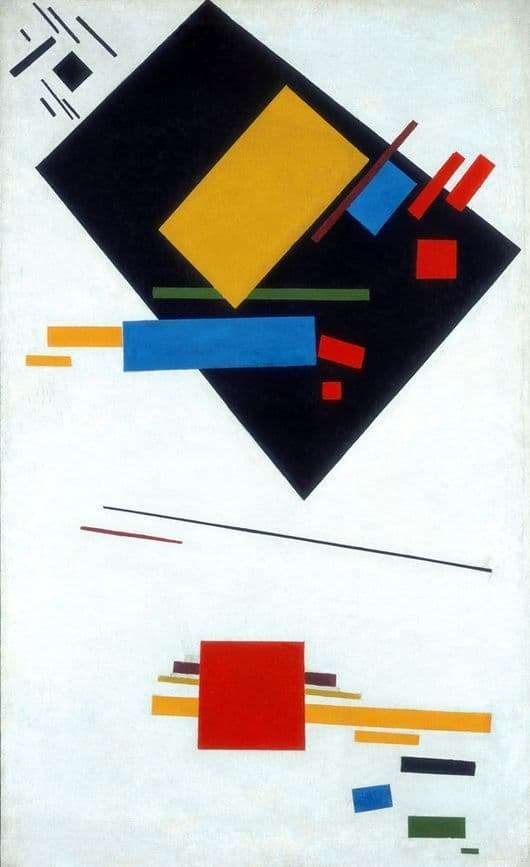 One of the most prominent representatives of this rather intriguing genre of artistic art, as geometric abstractionism. The founder of several new, own styles, which were later recognized by art historians around the world.

Such genres as impressionism, cubism and of course suprematism, the great Russian artist – Kazimir Malevich. Malevich always believed Suprematism, the highest point of art. He had his own vision of art, as a whole, and its individual parts. In detail, Casimir, explained this when he was engaged in teaching, in Moscow.

Quite in rough words, its suprematism can be quite easily defined in a certain set and construction of figures, which are absolutely all written in specific, local colors, always on a white background (even when this background was completely drawn later) according to all existing laws of dynamics and together with that statics.

Many associates did not want to agree with the artist about his concept of suprematism, as the firstborn of avant-gardism. In his works, as we can observe it ourselves, Kazimir Malevich, offers us, as if to leave the three-dimensional world we are used to and touch to go beyond his face, so to speak, to feel the fourth dimension, which he tried to show the whole world with his canvases. But it was a passed stage, soon on the other canvases of Malevich we will be able to notice a rather deep distinct essence that he is trying to convey to us, it seems as if all the truth of nature is actually revealed in his canvases. It is the very primeval essence.

All his life, Kazimir Malevich perceived reality, in the form of precisely aligned geometric figures, which, like our life, are directed in one unchanging vector – to death.