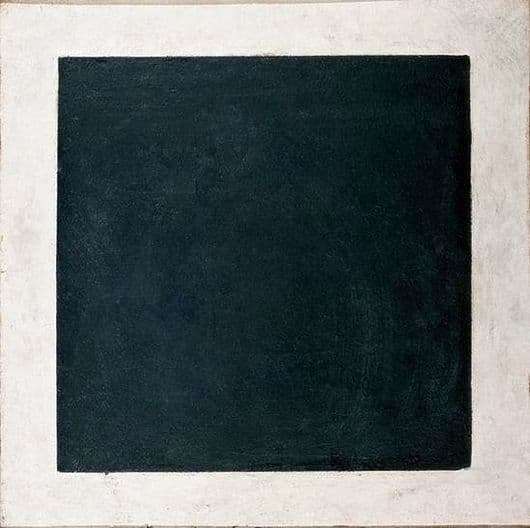 White background, black square. What is special or difficult? At first glance, absolutely nothing. Everyone can draw a similar picture, you say. But, surprisingly, the picture of Malevich “Black Square” has become a mystery that has come down and preserved to our days. And art lovers and scrupulous researchers never stop admiring this masterpiece of painting. Malevich himself did not understand how he wrote such a picture. Under the cracks on the black square, you can see layers of different colors. For example, we can see green and pink color.

Malevich was convinced that “Black Square” surpasses all other works, and it is connected with something cosmic in the mind of the artist. Malevich’s painting “Black Square” caused a lot of controversy and talk. The master himself and one critic called this canvas an icon. And at the exhibition of paintings, Black Square took a special place. Like the icons, the picture was placed in the corner of the room. This picture was a boundary separating art and higher powers. The picture is the opposite of being and non-being, logic and alcoholism, extreme simplicity and limitless complexity.

The picture has no bottom or top. From the lines of the frame, all sides of the square are separated by approximately the same distance. Small geometrical deviations are present, which is evidence that the master painted the picture with a brush, and not with a ruler. An interesting detail is the position of the black square on a white background. In comparison, these two colors are similar to two pluses, at a distance quite apart from each other. The color variety that is present removes all restrictions. This is called unearthly static, according to art historians. But Malevich himself did not try to show the department of black and white.

The aesthetic side of the picture interests every connoisseur of painting. And the answer is not easy to find. Malevich considered the painting an icon. And an icon can also have artistic manifestations and qualities. The picture embodies the idea of ​​synthesis. That is, integration into a single whole, philosophy and politics, literature and art, religion and science.