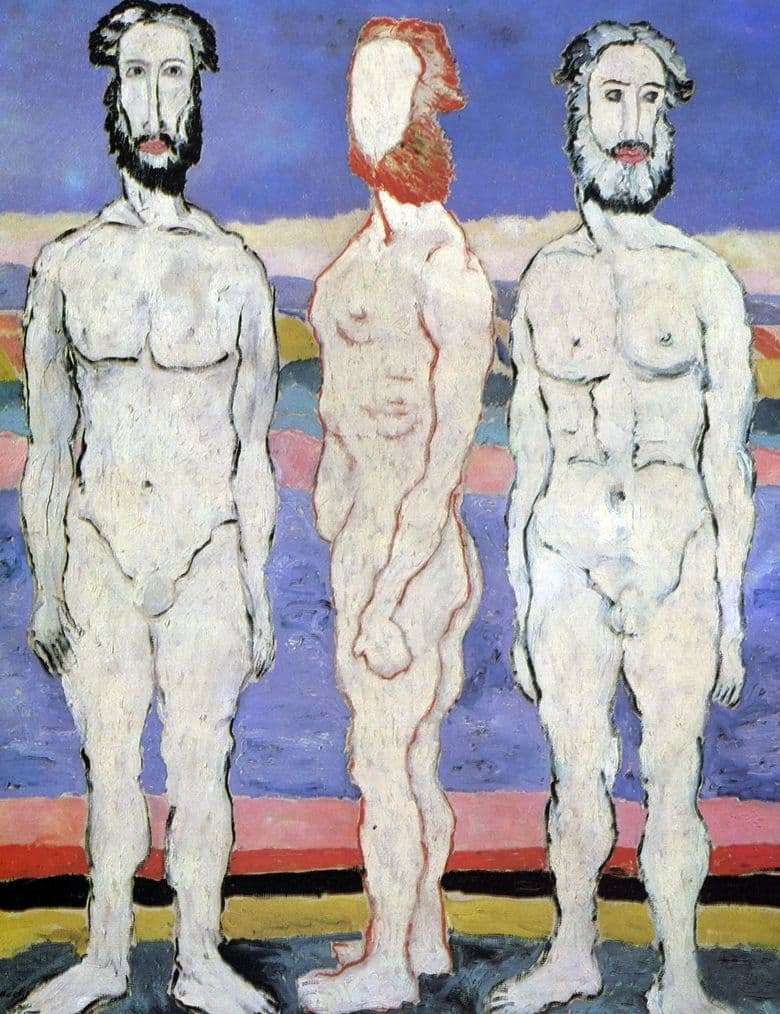 Today the work is stored in St. Petersburg, in the State Russian Museum. Written in early 1930s on canvas with oil. The size of the canvas – 79h98, 5 centimeters.

At this time, the artist moved to the period of his work, where he tried to create new human figures and objects that were supposedly collected from different geometric shapes. After this stage, he began to depict characters that could be easily recognized. These were realistic objects and heroes. Here Malevich had to give up suprematism.

Painting performance is more like some kind of caricature, casually executed on paper between cases. In front of him we see three naked men who have a similar appearance and physique. One has a different hair color from the other men as well as a beard. He even has no face. Kazimir Malevich decided to leave him a simple white oval.

At that time, quite possibly, Malevich wanted to copy patterns that were previously installed on the beaches. These are such large templates in which you could insert your face, and you had the opportunity to take pictures in a different, unlike this, image. It is precisely the athletic structure of the figures depicted in the picture that suggests this. It was such that were drawn on the beach patterns. The painter, mocking, as if offers to anyone who wishes to substitute his face under an empty oval.

It is very difficult to understand why the bathers have almost no fingers visible. Some critics believe that the poorly drawn fingers of the characters indicate that the characters on the canvas have no meaning in life. All the faceless outlines of people on Malevich’s canvases are a kind of spiritual energy that can be compared to a fresco in a church.