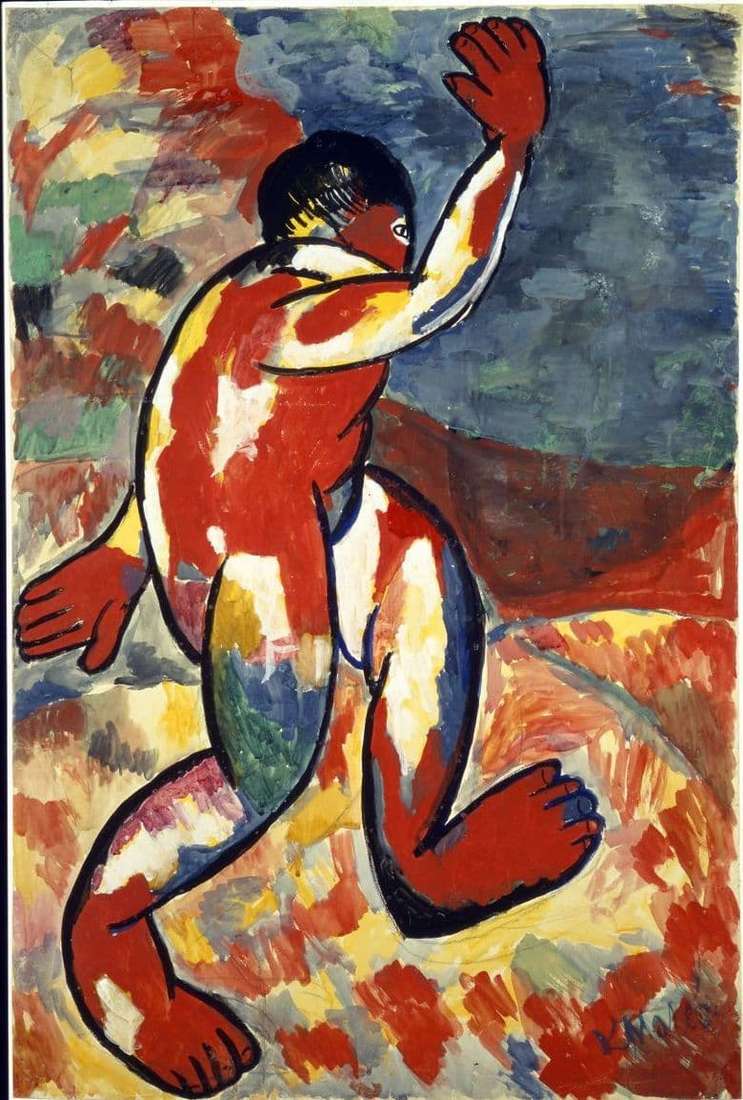 All works by Kazimir Malevich, painted in the period from 1900 to 1934, were created mainly in the style of Suprematism. This is a whole system, which is justified by the artist himself. It lies in the fact that all artistic images were created exclusively by combining any geometric shapes.

In his work The Bather, the artist depicted a rather clumsy man who was rewarded with flipper-like limbs. He runs to the water. But as if seeing something, he turned to stone, becoming a monument. The figure is depicted in colors that give it strength, power. We see how the picture is filled with brutal meaning, despite the fact that it is slightly deformed.

The product is painted on paper with gouache. Today it is stored in Amsterdam in the museum Stedelik.

Kazimir Malevich used gouache at the turn of the decades. He managed to convey with gouache all the energy, the expressiveness of his character. To do this, it was necessary to simply make an elastic contour stroke, while slightly strengthening it with flowers glued in the form of a thickened volume.

The picture is filled with incredible power of color. Despite the colorful, the picture itself looks unrealistic, down to earth. Malevich wanted to show this picture that it is an independent organism that lives by its own laws, without submitting to anyone. The only law that can affect it is the law of color. The forerunners of the artist Malevich were French Fauvists, which many called a little wild, because they used the power of color solutions.

Art critics in the portrait image of “Bathers” found the carnal beginning. We see in the picture a kind of red devil dance – this is exactly how the person depicted in the picture “Bather” is perceived. Malevich believed that it was in the dance, the human body can take the form of a certain sophistication, sincerity.