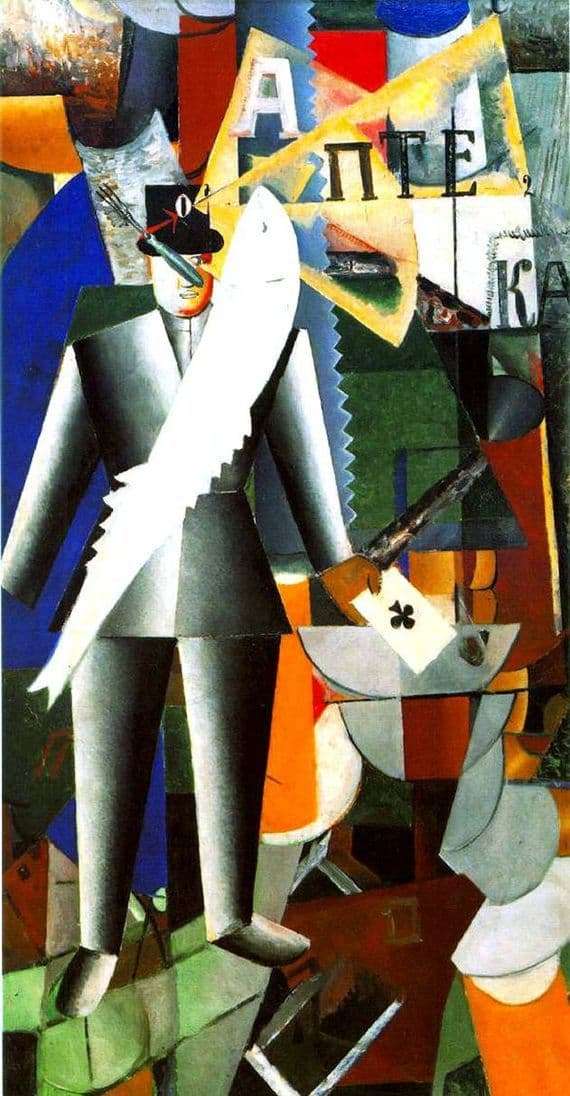 Malevich is a Russian avant-gardist whose paintings continue to be deciphered to this day. “Black Square” – his most famous work – is currently causing debate, someone considers it absolutely meaningless, someone sees in it subtle symbolism and a prophecy about the end of art. These are all his works, even not so famous. It is difficult and not always possible to interpret them from the standpoint of reason; on the contrary, the language of Malevich is a language of associations and symbols, difficult to understand if you try to decipher it in words.

The language of Malevich is a mockery of the inertia and narrow-mindedness of even the creative thinking of society, which sets the framework for everyone, even the artists. Malevich is a reformist who sought to reshape people’s perceptions, to show them that beauty does not depend at all on logical meaning and its explanation from the standpoint of reason.

“Aviator” – one of his paintings, puzzles, which everyone is free to interpret, as you like. If you want, you can link it with biblical motifs and images, you can, on the contrary, see ardent communism in it. In fact, this is a picture of a puzzle, which seems to have nothing to do with its name.

The man on it is torn out from the familiar world, placed in the world of flat forms, fancy inscriptions, meaningless, strange abstractions. He looks like a spectator who is trying to understand Malevich’s ideas, a cylinder emitting light on him, he is crossed by white fish that literally glows with whiteness. And he clearly does not understand where he was.

He has a peak ace in his hand, around something vague and not carrying meaning. He seems to be flying in shining nowhere, like a pilot, lost between heaven and earth. Everyone is free to come up with his own explanation and to associate it with his ideas, because each person is free and can perceive any picture as he personally wants.

If you look closely, “Aviator” tells the story of freedom.