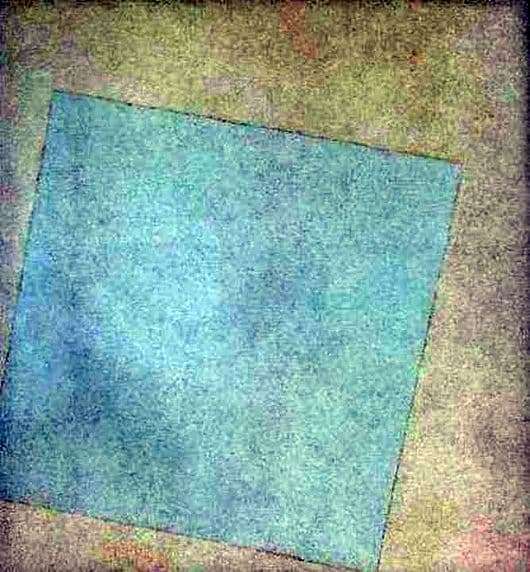 One of the most famous works of the great Russian and Soviet avant-garde artist Kazimir Severinovich Malevich is the painting White on White, or as it is also called the White Square. This picture was completed in one thousand nine hundred and seventeenth year. This product is a white quad on a snow-white background, which is somewhat different in shape from the square itself.

The work was exhibited at the exhibition one thousand nine hundred and eighteenth year. At the present time, the original of the painting is in the New York Museum of Modern Art. While working on the present masterpiece, the artist experienced some sensation of the so-called metaphysical emptiness, which he tried to express with great force in his “White Square”. And color, faded, local, not entirely festive only increases the eerie state of the author. It is worth noting that this work is, as it were, derived from the Black Square. The work “White on White” claims the name of the Suprematist icon no less than “Black Square”.

In this picture you can see the smooth and clear lines of the square, which symbolize the fear of the meaninglessness of life. The artist poured all his spiritual experiences onto the canvas in the form of some abstract and geometric artwork, which, however, has a deep meaning. According to numerous data, it became known that at the beginning of work, Malevich, depicting a square, lost sight of him, then, after a little closer look, decided to draw boundaries and highlight the main background. To do this, as seen in the picture, he painted the borders with a somewhat grayish color, and the main background of the work, made the tone darker. Looking at this picture you can feel the depth of experience and the mood of the artist.