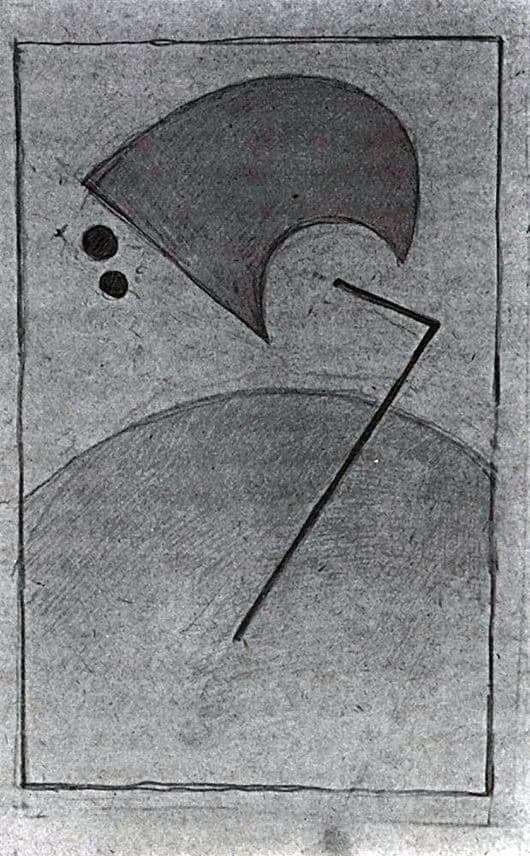 Malevich is recognized as the genius of his work, who painted not only paintings of the portrait genre, abstraction, but also canvases related to suprematism. This is his own ideology. Malevich is the founder of Suprematism.

At the heart of the genre is a complete denial of the usual perception and ignoring all existing dogmas. If earlier paintings by artists were valued for realism and naturalness of the image, then Kazemir Malevich broke the previously established secular rules. After some time, Suprematism began to be used in architecture, design of walls and dishes. The idea of ​​the genre is to use geometric shapes in the role of the plot.

Malevich’s Suprematism is divided into two periods, up to 1915 and after. Until 1915, the artist used in his subjects only squares, soaring lines. The second stage of Suprematism was the lines, circles, various geometric intersections.

The painting “From Space” refers to the second stage. The artist wrote several paintings on the theme of space. He had a special and alluring influence on him. Here we see in the plot figures of unusual geometric shapes, perpendicular lines.

The canvas is written in pencil. Who knows what Malevich wanted to say with such an image of the cosmos. Perhaps this is a view of the Earth and planets, and maybe a mysterious tunnel, through which from the surface of our planet you can go to the unknown expanses of the abyss. After all, the artist often mentioned in his conversations about man traveling into space, flying houses, independence from gravity.

Everyone perceives the work of Malevich in his own way, for someone the work causes complete indignation and denial, someone elevates it and considers it a genius of the 20th century. The mystery of Malevich has not yet been solved; great minds are puzzled in trying to understand the artist.