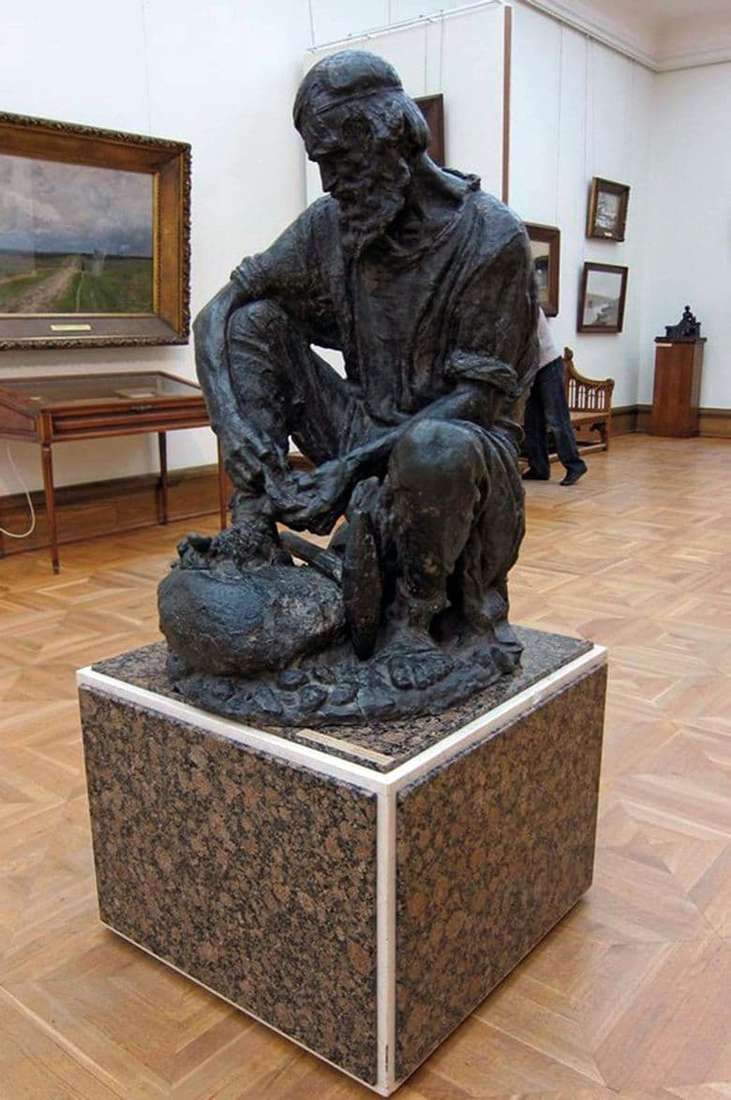 Sergei Timofeevich Konenkov lived a long life – almost a century. Even before the revolution, a young sculptor was called by critics as “Russian Rodin”. In his works, he used wood extensively, treating it in the manner of folk carving. One of the first in Russia began to depict a naked female body in sculpture. His expressive and dynamic characters always struck the imagination of his contemporaries, accustomed to the usual genre scenes of sculptural works.

Of the claims made to Konenkov’s work, there was basically a “violation of proportions”. However, for the master, emotionality and spiritual realism of sculptures always remained more important than exact following mathematical calculations.

The sculpture Stoneman was created by a master at the turn of the nineteenth and twentieth centuries. This is one of the most striking works in Russian sculptural work, glorifying hard work. The

composition of the statue is dynamic and expressive. Head and hands worked better than the rest of the elements. Such a layout of the visual image allows connoisseurs to feel the inner strength of a person, not broken by deprivation and hard craftwork. The features of the hero’s face convey a complex inner image – a lot of spiritual work and the awakening of an artisan’s self-consciousness can be discerned behind thoughts.

Worker Ivan Kuprin posed for the sculptor – his thick frowning eyebrows and a general warehouse of wrinkles made a great impression on the creator. While working on the image, the worker led a conversation with the master about what long occupied Sergei Timofeevich’s imagination. In particular, Kuprin struck Konenkov with a prediction that all the land would soon be given away to the peasants for nothing. The sculpture made a real sensation in its time, but the simple realism of this creation impresses the viewer to this day.