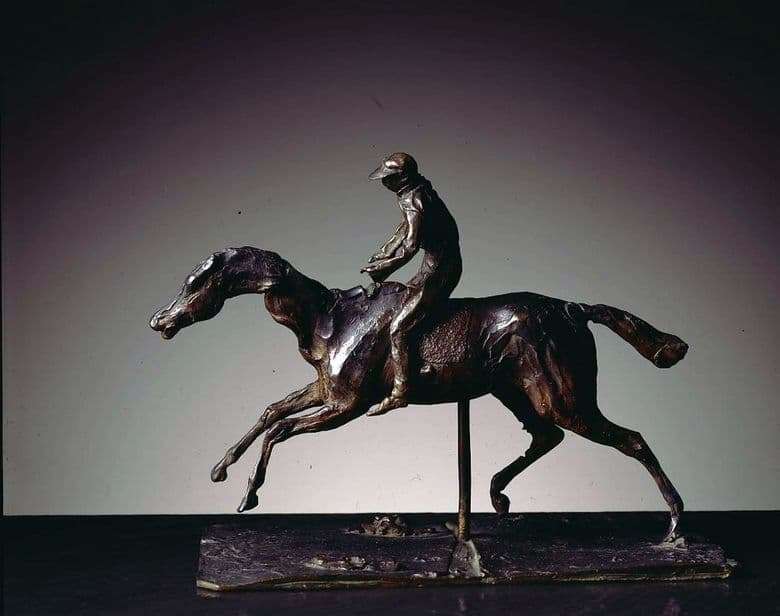 Edgar Degas was born in a fairly wealthy family. For certain reasons, he was forced to sell off his property in order to pay all his father’s debts. Edgar was the oldest child from a large family. The boy showed interest in drawing since childhood, his father encouraged him in every way. Degas loved clear contours in painting. After repeated visits to Italy, Degas painted a number of portraits of his family. For many years, the portrait was his favorite genre. In the 1860s, he became interested in horse racing and again began to paint with scenes of modern life.

With the beginning of the Franco-Prussian War, he volunteered for the front. However, in the shooting it was found that the artist has poor eyesight – a disease begins, due to which he would later almost become blind.

When the artist began to see worse, he gradually began to move from oil to pastel. Over time, Edgar completely switched to sculpture. In this kind of art, he relied more on touch than on sight. It is believed that during his lifetime Degas made only three plaster figures. The themes of his sculptures were repeated – these were the themes of his paintings: dancers, galloping jockeys, bathers. The original material for modeling was clay. Unfortunately, he understood that he had to work on the sculpture for a long time, so he had to switch to other materials – wax and clay.

After his death, in the workshop they found nearly one and a half hundred unfinished works from wax, clay and clay. Over time, all of his works were transferred to bronze.