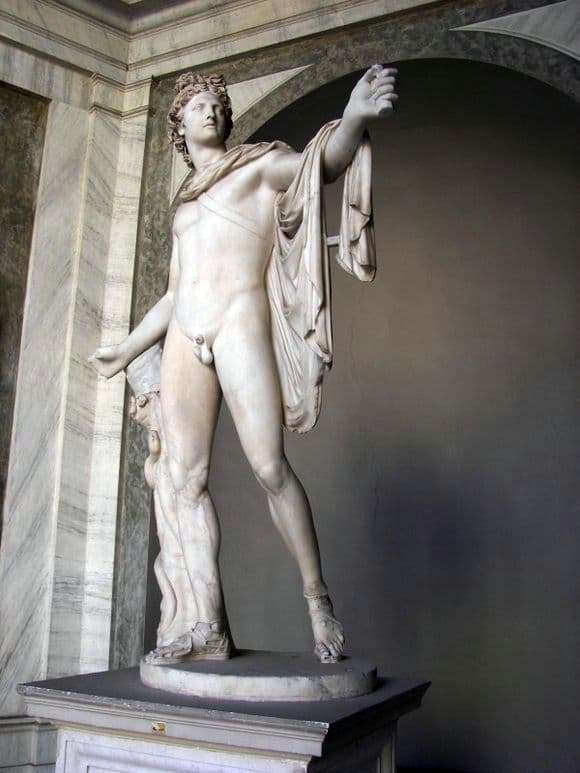 Many of us are familiar with the culture of the ancient world. We know how the Egyptians, the Greeks, the Romans lived. You can understand how the culture of those times looked from various sources, including sculptures. Nowadays, unfortunately, there are very few genuine works of sculptors of that time left on our planet.

One of the very famous works is Apollo Belvedere. But he can not please us with originality, since all that we can see is just a copy. The thing is that when the story was just beginning to form, the times were vague. Constantly there were wars and invasions. And at that time the prices of the sculptures for the barbarians did not have. They needed bronze, it could be taken from sculptures. That is why they were melted down mercilessly. The concept of “cultural heritage” was then not important.

Discovered the famous sculpture in the 15th century, which is referred to as the Renaissance. The statue was located in one of the cardinal, whose name is Giuliano della Rovere. This man was chosen as a Catholic pope. Then followed his order that the statue of Apollo should be installed in the Belvedere Palace of the Vatican. That is why the statue got its second name.

Also, until our time came the information that the collection of the Pope had a lot of sculptures. And Apollo was not alone. He was surrounded by the same famous and brilliant works that have become a world cultural heritage.

It is noteworthy that it was Apollo who was considered the most ingenious creation, on which everyone dreamed of being leveled. But with the development of culture, familiarity with the works of other geniuses began to change and opinion. Evaluate the sculpture became less restrained, and Apollo was no longer considered ideal. Well, times and opinions change.