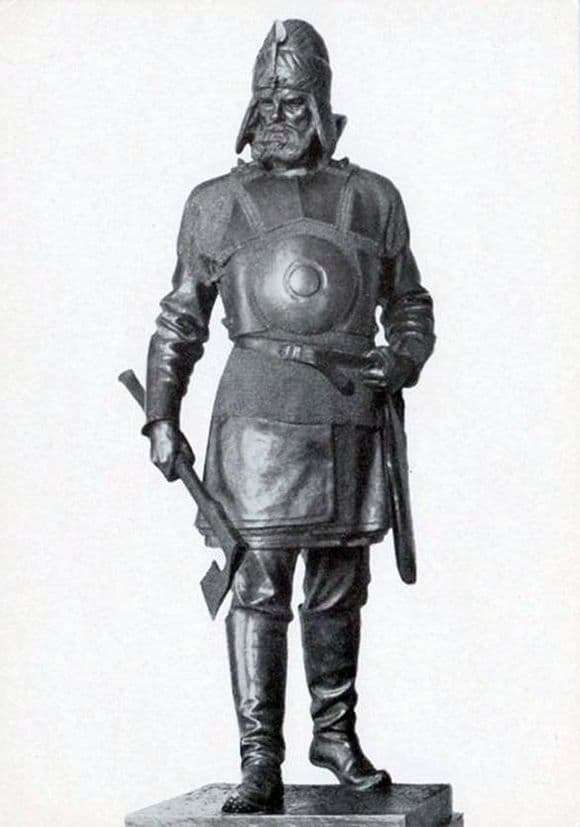 Mark Matveyevich Antokolsky is a sculptor who has worked all his life in the genre of realism and has achieved incredible success. He was firmly associated with the Imperial Academy of Arts, and for a long time, despite little recognition, remained loyal to academicism.

The sculptures of Antokolsky are striking with realism and precision of execution; they can be seen in the Russian Museum. He wrote many theoretical works and even created a chronicle of his life as a person of Jewish origin in Russia. It is one of the works of Antokolsky was the first Russian sculpture, created in the homeland, and bought in the West.

In 1881, Mark Antokolsky began his work on the large-scale work “Yermak”. Ermak Timofeevich is a famous historical figure, ataman-cossack, who conquered Siberia for the Russian state. It is not surprising that the figure of such an important hero of Russian history attracted Antokolsky’s interest.

sculptor pushed to this idea a significant date – 300 years since the conquest of the Khanate of Siberia. Alexander the Third himself designed an order for Ermak’s sculpture to Mark Matveyevich. Although the description of the hero was preserved by the words of the historian Karamzin, Antokolsky set himself a different task than just the transfer of historical similarity.

Like any creative person, Antokolsky wanted to convey emotions. The image of the hero, who would personify the strength of the spirit of the Russian people, the valor of the soldiers who laid their heads on the conquest of Siberia – all this the sculptor planned to embody in the image of a single person. And, most interestingly, he did it.

The huge figure of Ermak is distinguished by his power and physical strength. His armor has historical accuracy, and his posture is strong-willed and valiant. Antokolsky spent a lot of time and effort to create this sculpture, but the idea that was completely completed was worth it.