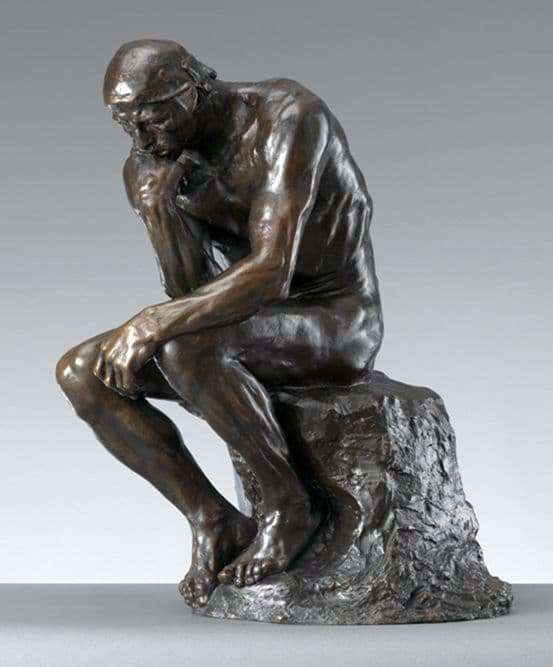 The “Thinker” is the pinnacle of the creative work of the French sculptor of the second half of the 19th century, Auguste Rodin. Initially, the author called the statue “The Poet”, implying the creator of the Divine Comedy Dante Alighieri. The work was made to order by the Museum of Decorative Arts for two years – from 1880 to 1882. To create a powerful image, Augustin Rodin invited the famous boxer Jean Bo as a model. The athlete was endowed with perfect body proportions and perfectly suited for the planned image.

At first, a small model of a sculpture about 76 cm in size was created. It was she who was intended for the museum exhibition “Gates of Hell”. Later in 1902, a statue of human size was presented in Paris.

The sculpture impresses with its realism. Made of bronze, the “thinker” is placed on a stone pedestal and depicts a life-size nude male figure. Being a fan of Michelangelo, Augustin Rodin performed the robot in the style traditions of the famous Italian sculptor. The size of the statue is about 186 centimeters. A man sits on a rock, elbowing on his knee. There is deep thoughtfulness in his face, as if solving vital issues is at stake. This stocky figure became for contemporaries an image of titanic power and tremendous mental tension.

Later it was this image that was often used as a symbol of philosophy.

After the presentation of the monument to the public, the “Thinker” fell in love with the sophisticated audience. With the permission of the author, numerous copies of the monument were made. To date, the image of a thoughtful man adorns many cities in the world, and the original is kept in the Paris museum. One of the copies guards the grave of its creator – Augustin Rodin.