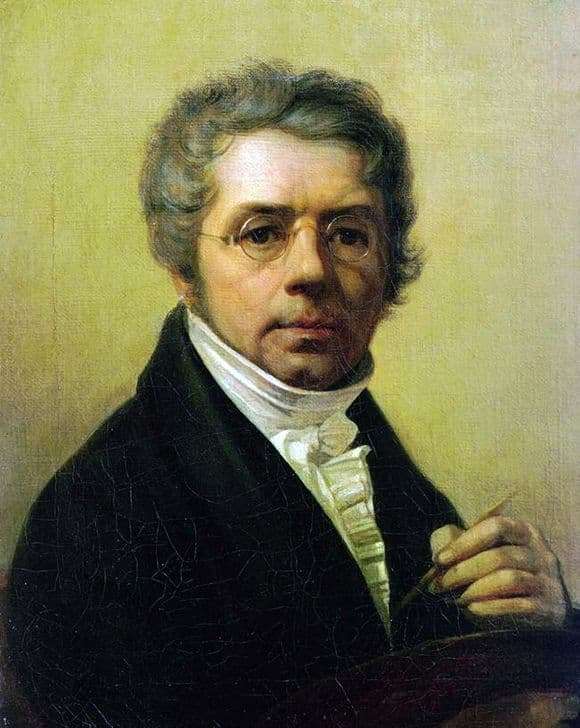 Alexey Venetsianov was very gifted, however, he did not rely only on his gift. Since his youth, a young man sought to learn artistic skills. First, he studied independently, and later became a student of Borovikovsky.

The talent of the young man was hard to miss, portraits especially worked for him, and very soon Venetianov became in demand. In the collection of his paintings there are portraits of Karamzin, Gogol, Kochubey. He painted the artist and portraits of ordinary, rural residents (“Reapers”, “Sleeping Shepherd”, “On Arable Land”).

In 1811, Alexey Venetsianov wrote his “Self-portrait”. This work has become one of his famous and vivid paintings.

Using practically only the brown color and its shades, the painter created a surprisingly lively image, with accuracy conveyed not only the complete, flawless resemblance, but also his state of mind.

The whole canvas is imbued with an aura of nobility, dignity, at the same time, responsibility and readiness for business, work, actions.

The thin frame does not hide, but on the contrary, emphasizes large, attentive eyes. Their deep gaze, calm eyebrow line shows us a man passionate about his work.

A soft chin and strong lips speak of kindness, warmth, but not weakness. The snow-white gate underlines the commitment and discipline of Venetsianov himself.

He has a brush in his hand, because work has always occupied the leading role in life for Alexey Venetsianov. Here and on the “Self-portrait” he is depicted at work. The fingers on the hand are easy, free, as he painted his paintings, freely and easily.

“Self-portrait” snatched only a moment from the artist’s life, but this moment is described so vividly that one involuntarily waits for a question or movement. The artist, as it were, was only hailed; he was distracted for a short while in order to listen to the interlocutor, and then again delve into his wonderful world of painting.