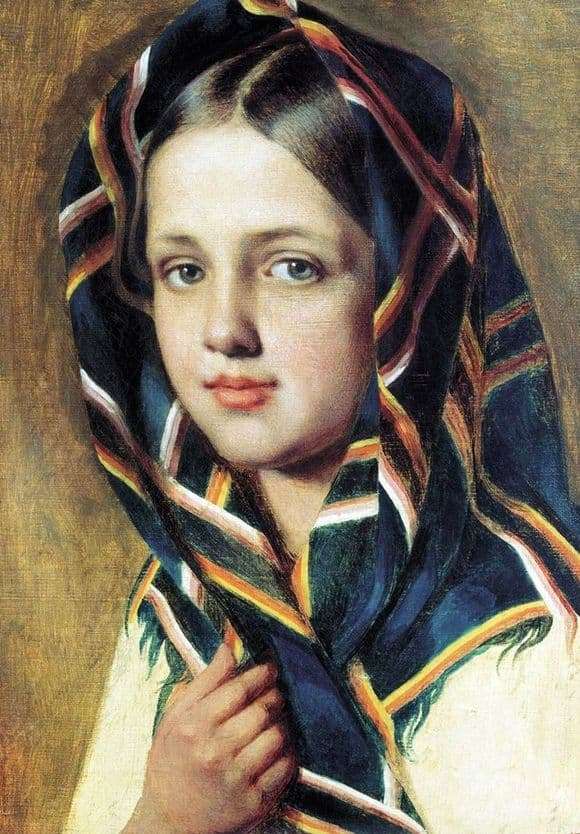 The canvas by the outstanding artist Venetsianov is full of mysteries: who is this girl and when was her portrait painted? The answer to the first question was never found. As for the second, it is considered to be the time to create a painting of the 30s. This is one of the few works of the artist, which he did not recall in his letters. His friends and acquaintances did not even speak about her.

Perhaps the author himself did not consider the portrait one of his remarkable works. But all the same that the portrait appeared, became an event in the world of Russian painting.

Having gained fame and moved to his own estate, Venetsians divided life into two halves. It was the second was the beginning of a new period in his work. Beginning as a portrait painter, the artist increasingly penetrates into the inner world of man and now he is striving to bring to light the rich world of simple peasants, whose work cannot but cause admiration.

Depicting the peasants, Venetsians begins to break the established stereotypes. He sees the beauty in these people, especially the master beckons female beauty. The artist’s peasant women aren’t like women harried by hard work. They are real, simple and open.

It was then that the picture “Girl in a scarf.” This is the result of a dispute between a realist and a poet who get along in the artist’s soul. For some reason, this girl’s face stands out among the numerous portraits of the artist. It is full of spirituality, from which it looks still lovely. His girl Venetsianov relieves frozen stiffness.

Fate miraculously defended the girl from the hardships of the peasant share. It seems that a slight smile is playing on the lips, a barely perceptible allusion to her. And the eyes are full of faith in life and people, they trust the world around, bringing purity and light into it. Facial features are full of harmony and beauty of youth. Such an image creates confidence that a girl deserves joy and happiness in her life, because otherwise there simply cannot be.

In this picture one can feel the artist’s dreaminess and his love for his creation.