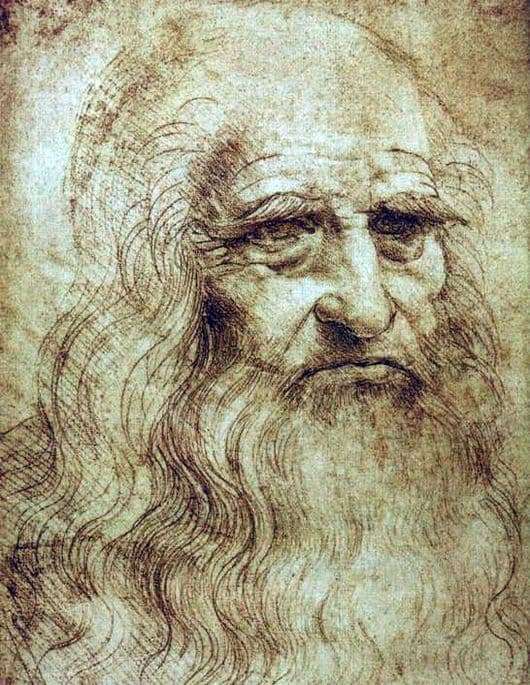 “Self-portrait” by Leonardo Da Vinci is one of the most famous works of the artist, which, perhaps, gives viewers an idea of what the famous Renaissance artist looked like. However, some experts believe that this is a completely different person. However, this picture was painted at about the time when Leonardo was about 60 years old. Many art critics are inclined to believe that the “Turin self-portrait” is one of the best works of the famous Italian artist. The picture is made on paper with sanguine. It depicts a portrait of a man of incredible inner strength and power, but his eyes are full of some bitterness and loss of life.

Perhaps this view reflects the inner state of Leonardo da Vinci, as well as regret about the passing era of the greatest art. Usually, the work of great artists is often shrouded in many secrets and mysteries. The same goes for Leonardo. Experts are trying to find in each of his paintings some kind of hidden subtext or discover something new in the work of the artist. Undoubtedly, almost every work of a great artist and scientist bears in itself something more than just aesthetic beauty. Also “Self-portrait” by Leonardo Da Vinci, on the secrets of which scientists have worked for more than a dozen years.

Having carefully studied the pictures and sketches of the great scientist, the researchers concluded that Da Vinci made sketches or sketches for any picture. Presumably, the “Self-portrait” was a sketch for the famous Gioconda. Currently, Self-Portrait by Leonardo Da Vinci is located at the Royal Library in Turin. Unfortunately, under the influence of time and other factors