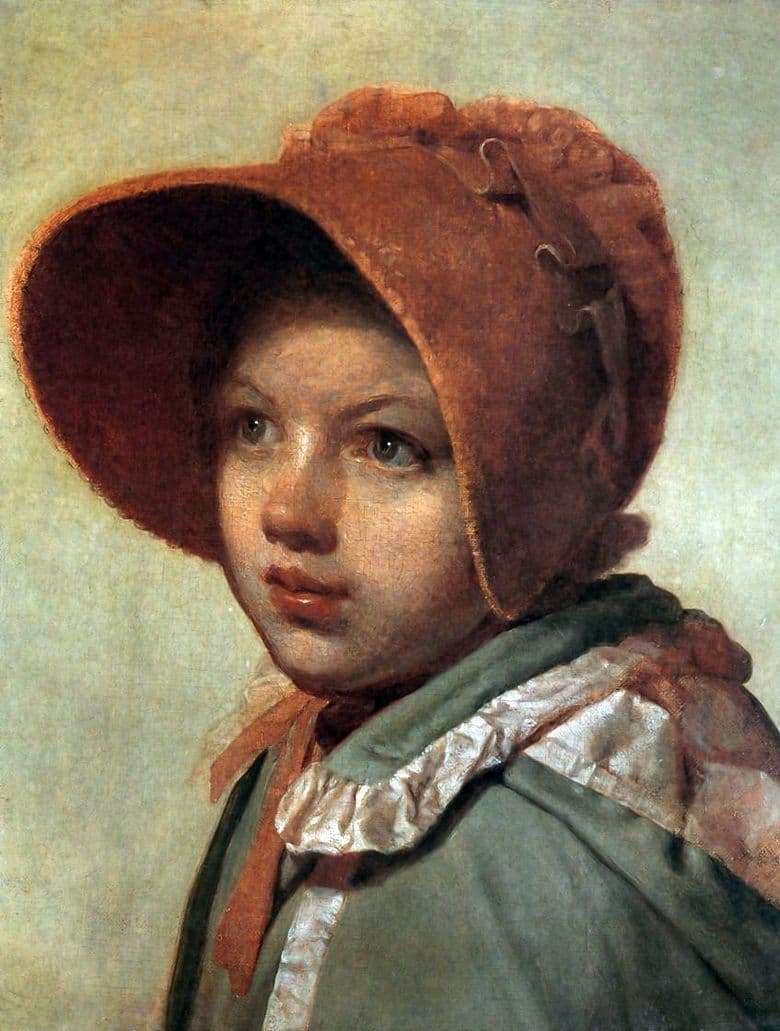 The portrait of Venetsianova, also known as “The Girl in a Hat”, was created in 1826. It depicts one of the two daughters of the painter, Alexander Alekseevna Venetsianova (1816 – 1882). This picture is one of the most important artistic works of A. G. Venetsianov, who, along with portraits of his most famous contemporaries – N. Karamzin, N. Gogol, K. Golovachevsky and others – dedicated a number of portraits to his own family. At the time of writing the picture the girl was 13 years old.

Alexandra is shown close-up on a gray background, in an orange hat and a cape of a light green color, similar to a raincoat. The child has big blue eyes, and the face is intelligent and soulful. A short, slightly upturned nose and full lips give the features of the face a slightly puppet look. The girl’s eyebrows are raised, and the look is directed into the distance, so it seems that Alexander is enthusiastically dreaming about something.

The portrait combines two elements that characterize young Alexander: on the one hand, seriousness and attentiveness, on the other, unusual inspiration and a little enthusiastic perception of the surrounding reality. She inherited these two features from her father, as well as her ability to fine art: having learned painting from Alexey Gavrilovich, she later also became a famous artist and in her work always followed the same direction and the same manner of artistic representation as her father, mainly doing the creation of portraits and household sketches.