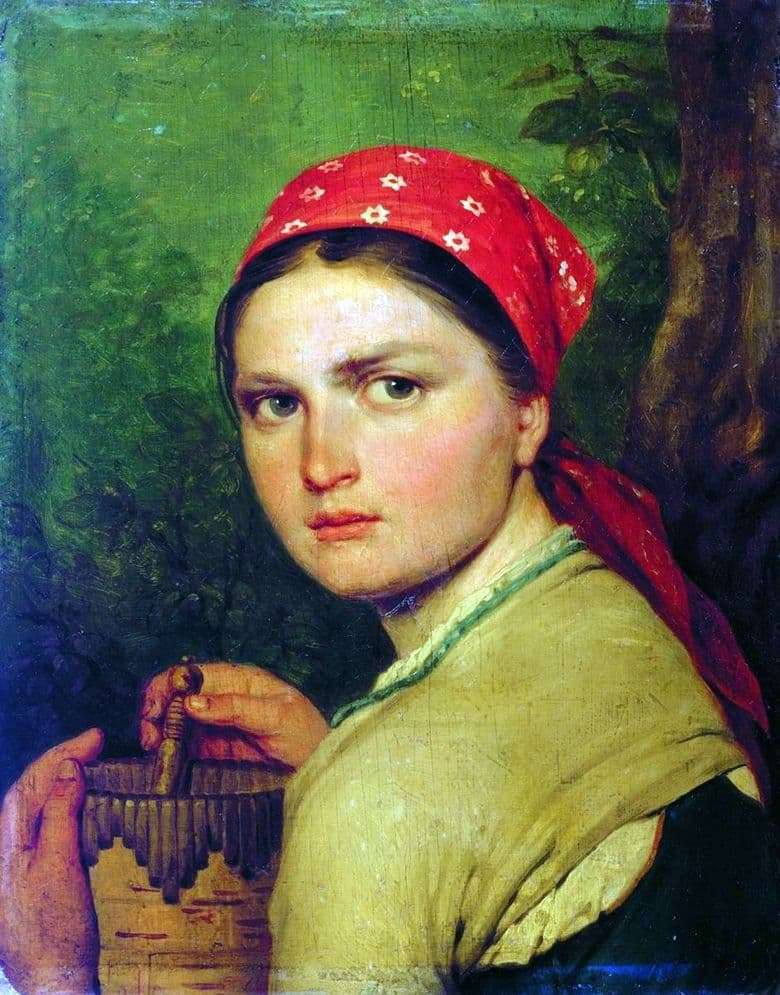 The painting “A Girl with Burak” was painted by the artist Venetsianov no later than 1824. He was adherents of the image on the canvases of household subjects. In his portraits, the artist sought to reveal the humanity and inner virtues of an ordinary Russian woman. Portraits of simple peasant women make up the best part of his artistic heritage.

The painting “The Girl with Burak” continues a series of works in which the artist describes the various faces of ordinary Russian peasant women. The artist constantly looks at their bright appearance, trying to understand the complexity of nature, the morality of nature, admiring their interesting faces.

In the portrait “A Girl with Burak” Venetsianov depicted an ordinary girl with a typically Russian face and regular features. The shifted eyebrows, slightly compressed lips and a close concentrated look indicate that they found her doing her daily work.

In the portrait the artist depicted a girl in a half-turn, as if she turned on his hail. The energetic turn of the girl’s head in combination with a red scarf conveys the temperament of her face.

Plain low-key clothing bedding tones, emphasizes the simplicity of the origin of this girl. In her left hand she holds a beetroot (it is a vessel of cylindrical birch bark). And with the fingers of his right hand he holds the handle of a wooden spoon dipped in this vessel. From which it can be assumed that the girl was in the way of something, and possibly whipping oil.

In the background is the background on which Venezians depicted a part of the trunk of a large tree and foliage of bushes against a dark background. The palette of colors is muffled, which emphasizes the late evening, conveying the girl’s diligence.

To date, the picture Venetsianova “Girl with Burak” is in Russia in the State Russian Museum in the city of St. Petersburg.