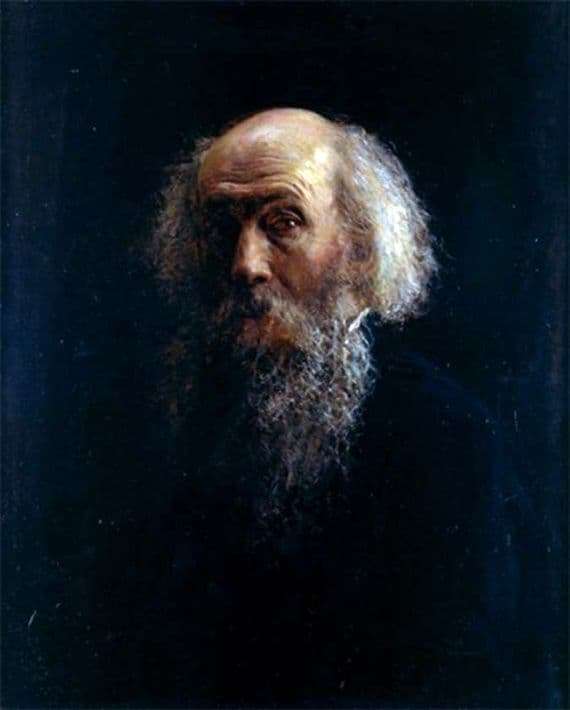 During his life, the famous artist Nikolai Nikolayevich Ge painted a great many works. Among them were paintings on religious themes, works describing historical events, beautiful landscapes. Some of his works were considered the heights of Russian creativity, some were completely unrecognized, but absolutely everything was impressed by the ability of the artist to truly portray portraits.

NN Ge was a very bright artist and personality. His contribution to the development of realistic painting and landscapes is truly enormous. All his works are distinguished by a special sincerity and nobility. And the portraits painted by his brush capture with their simplicity, truth and color rigor. In them, the artist tried to capture all that spiritual wealth and the complexity of the life of any person. On each portrait painted by him, his own noble soul is reflected.

The author’s self-portrait was written by him in the last years of his life. Most experts consider this work to be the apotheosis of portrait work Nikolai Nikolayevich. His work is ranked among the best examples of Russian portrait painting of the 19th century.

In his work, he captured his expressive and inspired face of the master, on which the shadow of the past years was the shadow. His appearance seems to be torn out of the darkness-absorbing ray of light, thanks to the illumination unevenly distributed throughout the picture. His stern and thoughtful gaze looks straight into the eyes of the viewer.

Wisdom and kindness overwhelm him. But at the same time, Nikolai Nikolayevich seemed to be tormenting and disturbing. Some unresolved issues that had settled turned his inner peace upside down. The portrait reflected the whole spiritual world of the author, who spent his whole life in search of moral perfection. In the portrait his age-wisdom and beauty is perpetuated.