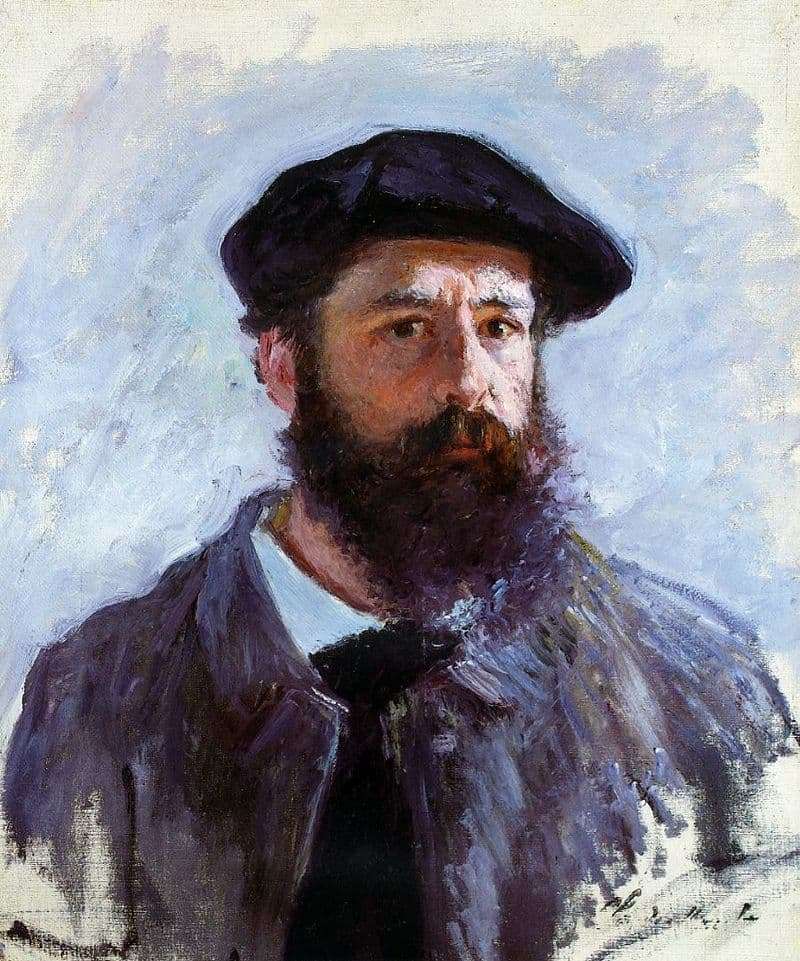 Claude Monet is a heritage of world culture, whose works are made in the style of impressionism. The French artist not only created this trend, but also used this trend in all his works. And one of his works, which are of particular interest to the viewer, is a self-portrait.

In this picture, the viewer can see a serious mature man who looks at the viewer with his deep and thoughtful eyes. The artist depicted himself in a beret, and often the self-portrait is called “self-portrait in a beret”. The paints that the master used are so alive that it seems that a living artist is watching us. Despite the fact that everything is done in dark colors, the background is still diluted with pale blue. Through the use of this color palette, the artist focuses on his personality, without being distracted by the details. When you look at a self-portrait, you involuntarily begin to wonder what thoughts the artist visited at that moment, whether he could convey those emotions or feelings that worried him at that time. A self-portrait that has a deep meaning, genuine feelings and not decorated with anything, makes you look at her and wonder at the strength,

The painting is a true masterpiece of art, and Monet’s self-portrait is one of the most vivid paintings of Impressionism. His serious face makes you think a lot and start searching for yourself. Self-portrait for each artist is a reflection of his essence and character, because in portraying themselves, they depicted their soul, ready to open up to a patient viewer.