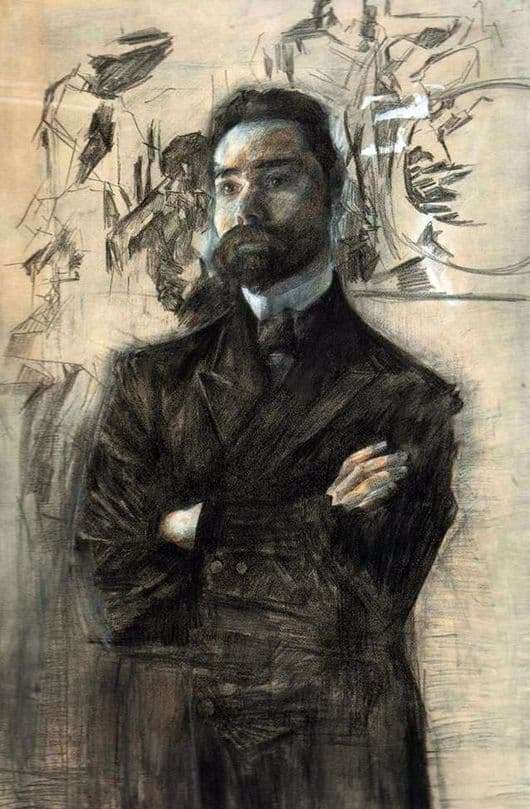 On the history of writing this portrait is worth to tell. And above all, you need to tell how it turned out that Vrubel, who was completely out of his mind at that time, was generally allowed to draw. Yes, now the great artist Mikhail Vrubel, was crazy. To this led him society and family troubles. But first of all it is society.

For a long time he was not recognized as an artist. They laughed and sneered at him, all his canvases invariably received disgusting criticism, and no one stood up to his defense, except for a few people. One of them was the great philanthropist Savva Mamontov.

It was he who later managed to create such conditions for the artist that he began to work for his own pleasure and completely forgot about poverty. But it did not help him in health, it still got worse. And he was treated, treated for a long time and in different hospitals.

But one day, his artist friends took a chance and collected thirty-six of his canvases for a large exhibition to prove to everyone that their friend is not crazy, but simply an extremely talented artist. And they did it. And Vrubel was finally recognized as a remarkable artist. But how late it happened.

This portrait he painted when the next enlightenment of reason came and the doctors gave permission to draw. Bryusov himself posed for him. But one more thing was done: in the morning Bryusov posed – Vrubel wrote, and then Vrubel himself posed, and his friend Serov painted him. And so we have an image of the artist at that time.

And Bryusov himself was very sorry, then he did not realize immediately to photograph a draft version of his portrait. In his opinion, Vrubel made a good portrait of him in draft form. But in this color – it turned out to be some kind of strange, and Bryusov was a little dissatisfied with them.

And then Vrubel did not even finish this option a bit, it was not complete. And this portrait is considered unfinished. But this is still one of the last conscious works of the master.