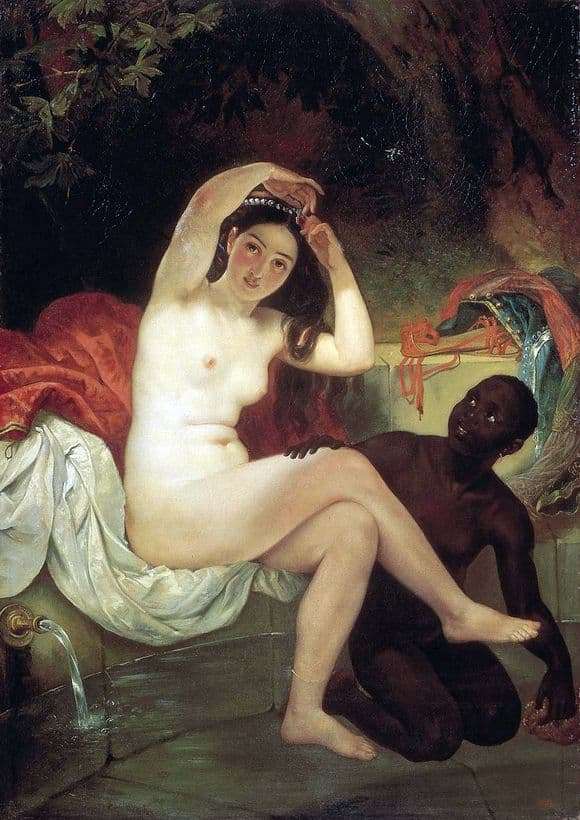 Once, during the life of King David, he walked on the roof of his palace at sunset, and saw a young girl bathing at the spring, who seemed very beautiful to him. Sensing a passion for her, the king, who did not know of any refusal, sent his own servants to her, and they brought her to the palace.

Despite the fact that she was married, David took her as his wife, that was her beauty, and ordered her husband, a simple soldier, to be put in the place of the most terrible battle, and hesitated with help when he was trapped. Rejoicing that his passion was satisfied, rejoicing to a young wife who was gentle and wise, he did not think that this sin had not repented at all.

Then the prophet Nathan came to him, and told a parable about the poor man and the rich. “The rich man had a lot of cattle, the poor man had one sheep, which he bought, and took care of, and cherished, fed and fed with his children, and she was like a daughter to him. But once a wanderer came to the house of a rich man, and, not wanting to spend his supplies on a guest, he ordered a lamb to be stolen from a poor man and slaughtered. “

Angered, David screamed that such a man was guilty of death, and Nathan answered him: “This man is you. But you will not die, your son will die from a stolen woman. “

And the child died, and David repented, and fasted, and earned himself forgiveness. Subsequently, he had a son, the great king Solomon, and his mother was Bathsheba – taken against any law, but became faithful wife to David.

Bryullov depicts her at the time of swimming. Things are thrown away, Bathsheba is naked, slightly damp hair is falling down her shoulders, she herself, preparing to dress, straightens the tiara. Her gaze at the viewer is sad and as if knowing, as if she is already waiting for the servants of David, as if she is preparing not to scream when she is led to the person who took her from the fight as a thing.

Her skin, soft and white, contrasts with dark hair and dark skin of the servant, who, not feeling trouble, looks at her admiringly.