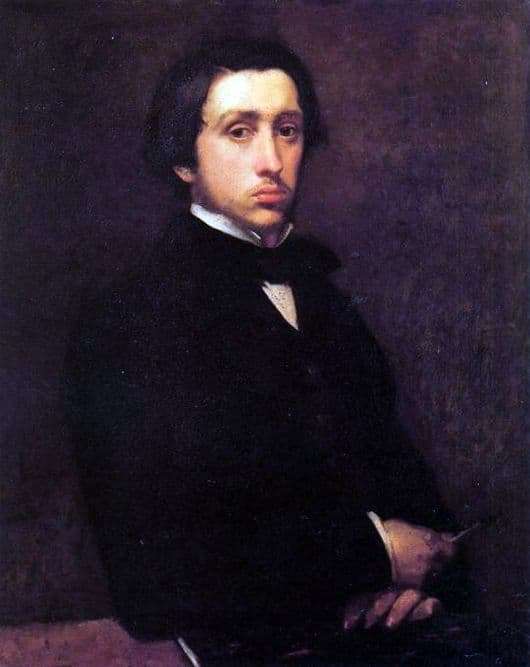 Before us are two self-portraits of the great artist Edgar Degas. Why just two self-portrait? Simply, they are made in different years. At the first self-portrait, Degas is still young and inexperienced, and he still has everything ahead and he still has a lot to go through and suffer all the fates. Still ahead is work on masterpieces, disappointments from fate and personal life of sorrow and victory. Everything is ahead and therefore his face is calm and confident. Here are just a terribly sad eyes. But at the same time in the hands of the young Degas already tassels, which means that the glorious path of the great painter has already begun and he is almost on the verge of his fame. 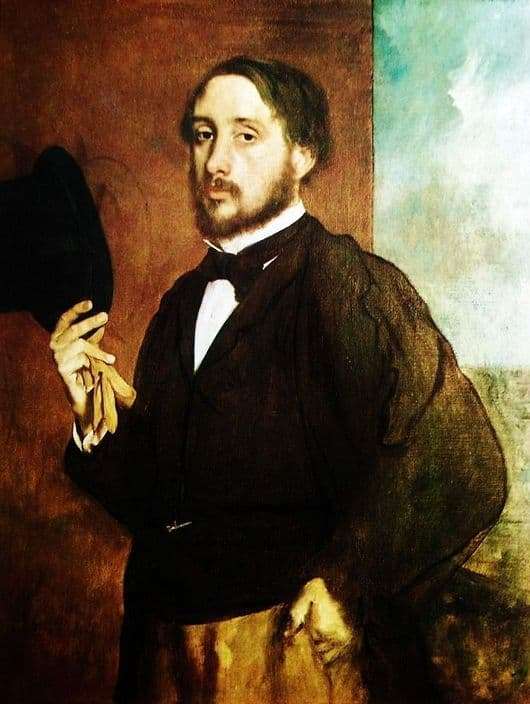 And what about the second self-portrait? All the same Degas, but only in middle age. Already a different look, a different posture. He already shows us that he has become a very important person. He does this

with the help of a parade suit and a top hat in his hands. It turned out unobtrusively and completely structurally true. But… Again, look, he became even sadder.

This look tells us only one thing: having become a popular, famous artist, he did not become a happy person. And all this noble tinsel around it is nothing more than a simple New Year tinsel – today it is, and after the holidays – in a box. But at the same time, it is clear that he is already a family man – he gives the appearance of a beard, a fair appearance. But no longer in the hands of brushes. Only with a pose and a suit, he tells us that he has achieved wealth and this is probably the only thing he has managed to acquire in all his years.

It is evident that Edgar Degas is still merciless to himself, he writes himself for what he is, does not allow himself to be deceived. Although in fact, his way of the creator was probably the most exquisite, and he was quite famous at the time, and even now connoisseurs of beauty remember and love him. These self-portraits are perhaps the most immaculately executed and do not give the viewer the illusion of an artist’s happiness.