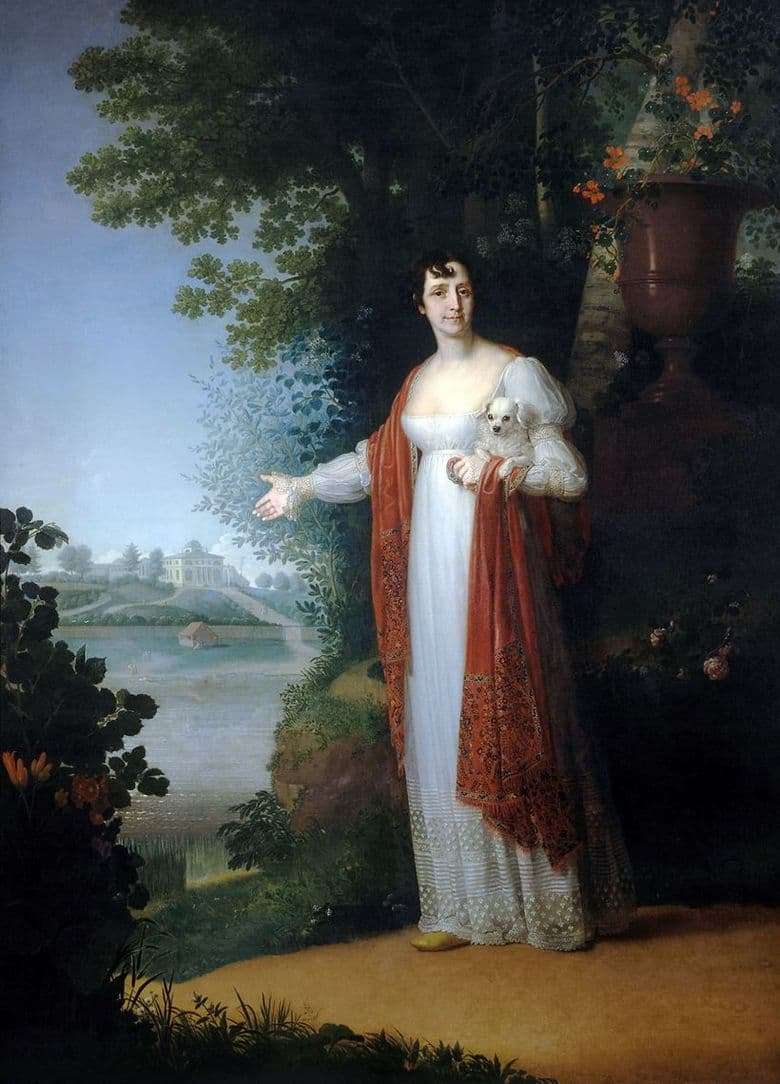 Daria Alekseevna Derzhavina – the wife of the poet Gavriil Romanovich Derzhavin, a Russian poet of the late eighteenth century. Daughter of Petersburg State Councilor Alexei Dyakov and Princess Myshetskaya. Derzhavin devoted many of his poems to her, in which he called her Milena.

In the portrait of 1813, made by artist Vladimir Borovikovsky, Daria Alekseevna appears in a white dress in the garden against the background of the Volkhov River, behind which is the estate of Dervavins “Zvanka” acquired by spouses during the marriage. In this estate, Gabriel Romanovich loved to spend the summer, but here he created dozens of famous poems. According to the memories of friends, his wife always showed herself as an attentive hostess, caring for the welfare of her estate. Daria Derzhavina outlived her husband by more than a quarter of a century, living mostly in Zvanka inherited from him. In the picture she holds a small white dog in one hand, and with her other hand she points to the estate and the park, as if offering to stay in her beautiful house on the other side of the river.

The artistic features of the painting are clearly defined objects, clean and clear colors, typical of the style of classicism. The artist showed her a strong and energetic woman with regular and rather sharp features. Her elegant clothes, corresponding to high fashion, characterizes her as a typical representative of social circles. In this portrait she is depicted as restrained, serious and, perhaps, a little dry, but at the same time benevolent, which others knew her.