Home⇒
👍Levitsky Dmitry ⇒
Description of the painting by Dmitry Levitsky “Portrait of N. A. Lvov” (1789) 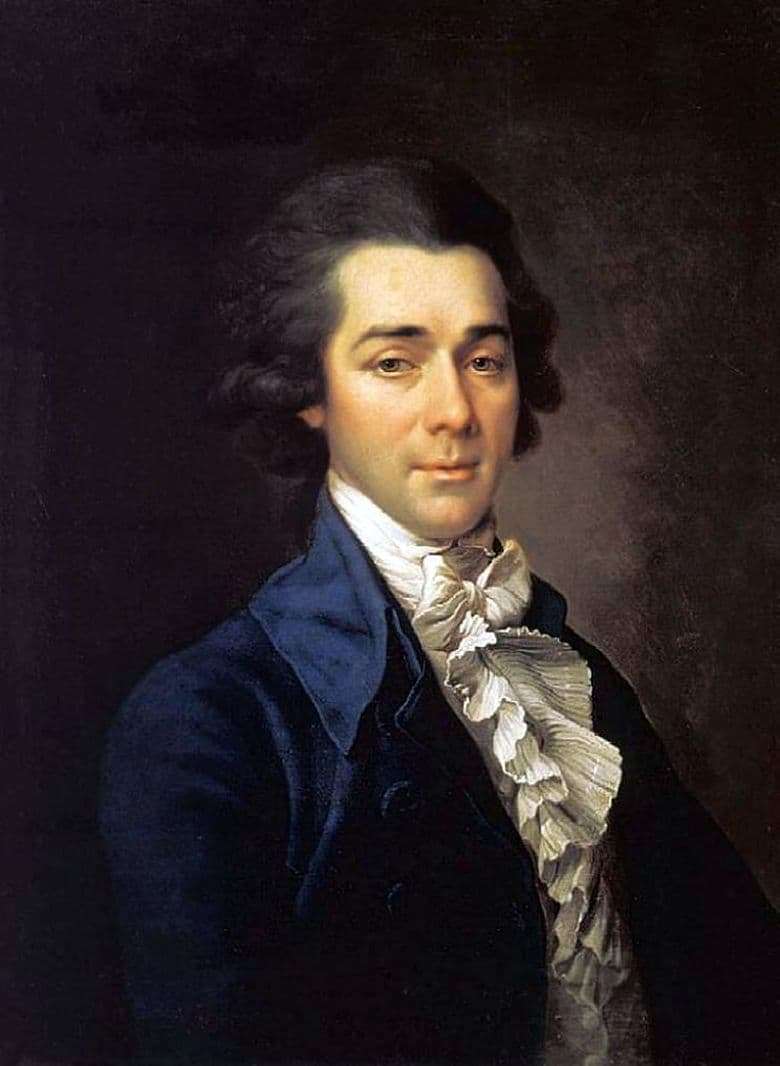 The artist’s skill was manifested in portrait art, and he is known not only for ceremonial, but also for chamber images, in which all the details were of great importance: clothing, location in space, posture, setting, facial expression, glance, even background. However, the portrait painter was not a formalist and often departed from the rules of the genre in order to demonstrate in addition to the ceremonial and spectacular exterior of a man his soul, affections and humanity.

In the portrait, the famous architect, poet, musician and artist’s great friend N. Lvov looks modestly and at the same time nobly, soulfully, all this is achieved by the artistic decision of the painter. Each portrait, written by Levitsky, is individual. The artist concentratedly studied the unique features of the person reproduced by him. Means of exposure, color, light character on his canvases are always due to the content of the image. The portrait depicts a calm, confident man, dressed in an ordinary blue coat without any solemn regalia, but sewed in fashion and rather new, off, in a white shirt, decorated with a ruffled frill and a bow tie.

Against a dark background, the clean-shaven face of a noble skin tone, framed by a luxuriant fashionable hairstyle of dark hair, stands out vividly. On the face stand out calm smart eyes, whose eyes are directed directly to the audience. This look can not be called arrogant or proud, it is just humane, sympathetic and a little weary.

The author does not deviate on trifles, he shows the contemplators of a prominent spokesman for the ideas of the Russian Enlightenment. Characteristic features of the portrait are a balanced architectonics, sustained color, lighting, accentuating the face of Lviv, reproducing the look of a remarkable person – active, enterprising, intelligent, richly gifted with all sorts of abilities, distinguished by dignity and self-esteem, in the depths of the soul free and independent.