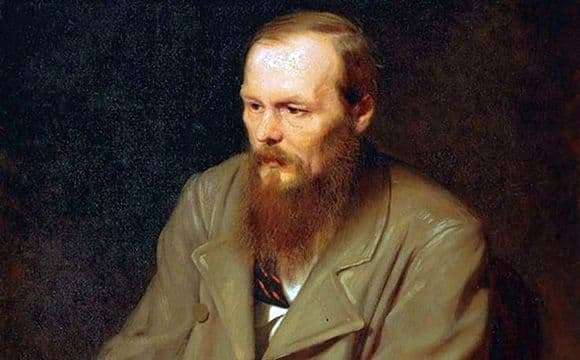 The Tretyakov Gallery gave Perov a responsible task: it was necessary to write a portrait of Dostoevsky. Most likely, the reason for this was related views.

Perova was inspired by the task that was set for him. The writer was close to him with similar ideas, as well as religious beliefs. But the task before the artist was not easy. It was determined by the large-scale personality of the writer and the exactingness of the artist to his works.

Dostoevsky valued in the portrait is not external similarity with the person who is depicted on it, not the reflection of his character and psychological essence. The main thing to express his spiritual world.

Perov was able to create the most convincing portrait of Dostoevsky. For all generations, the image of the writer simply merged with this creation. At this time, work was on the novel “Demons”. The writer actively sought optimal solutions to important social issues. Perov was able to pass this search. This picture has become an important monument of the whole era.

We see the figure of the writer, depicted on a dark background. The color scheme is absent, since all attention is focused on depicting the inner world of this genius. Dostoevsky is depicted slightly above and partially at the side. The head is turned, the facial features are closed, the gaze is fixed somewhere in one point. All this creates the feeling that a person is focused. The writer clasped his hands on his knee. This gesture was the closing for the composition. He speaks of an inner tension.

Perov was able to catch the minute when Dostoevsky worked. That is why the coloring is so discreet. Entourage is completely absent. We hardly even see the chair on which the writer sits.

Our view, like a magnet, is attracted to the face. But we do not consider the portrait. Plastic does not have a certain vigor. You can catch the movement in which the thought of the writer pulses. It simply draws into its depth. The artist was able to catch the moment when the writer discovered some terrible truth. The image of Dostoevsky is permeated with the consciousness of suffering.