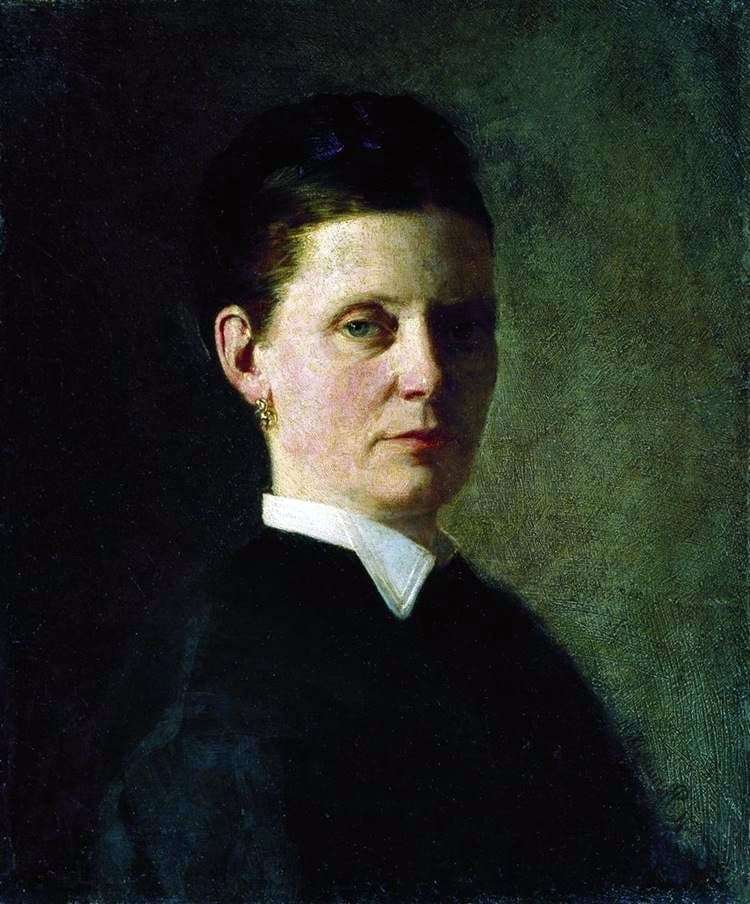 Repin was essentially a portrait painter. Single or group, strict or funny, they were equally good at this talented painter. Of course, more often we see it is the individual canvases that help to reveal the soul and thoughts of the person depicted as detailed as possible.

A very large contribution to Repin’s work was made precisely by the female portrait of a stranger, although at first glance it seems absolutely typical for that time.
It is impossible to say here about the riot of colors or significant contrasts, but this is precisely the main feature of the canvas. It depicts a rather mature and beautiful woman. By her manner of holding her back, raising her head, and even by the very sight, we can easily determine that she belonged not to the poor class of the population. But at the same time there is not a drop of spoiledness, depravity, or dissatisfaction in it. Her whole essence suggests that a woman is accustomed to work and will not tolerate others otlyvili from her.

The look of the stranger is rather severe, his lips are thin and manneredly pursed to the top. You will not see a shadow of a smile or coquetry on her face. A network of fine wrinkles will tell about the difficult fate of this lady. What so influenced her character. Where inherent to all aristocratic coquetry, where the girlish grimaces and former pearliness. True, everything is left somewhere far behind, irretrievably gone, as youth also goes. And now the woman is her own shadow, only here is the shadow of youth, brightness. We are left with only a memory of the former beauty, and that the face is darkened; we practically do not see it under soft and dim lighting.

The whole picture breathes with restraint, modesty and some kind of incomprehensible dryness, as if taken from it all the brightness and joy of life, leaving only the harsh reality.