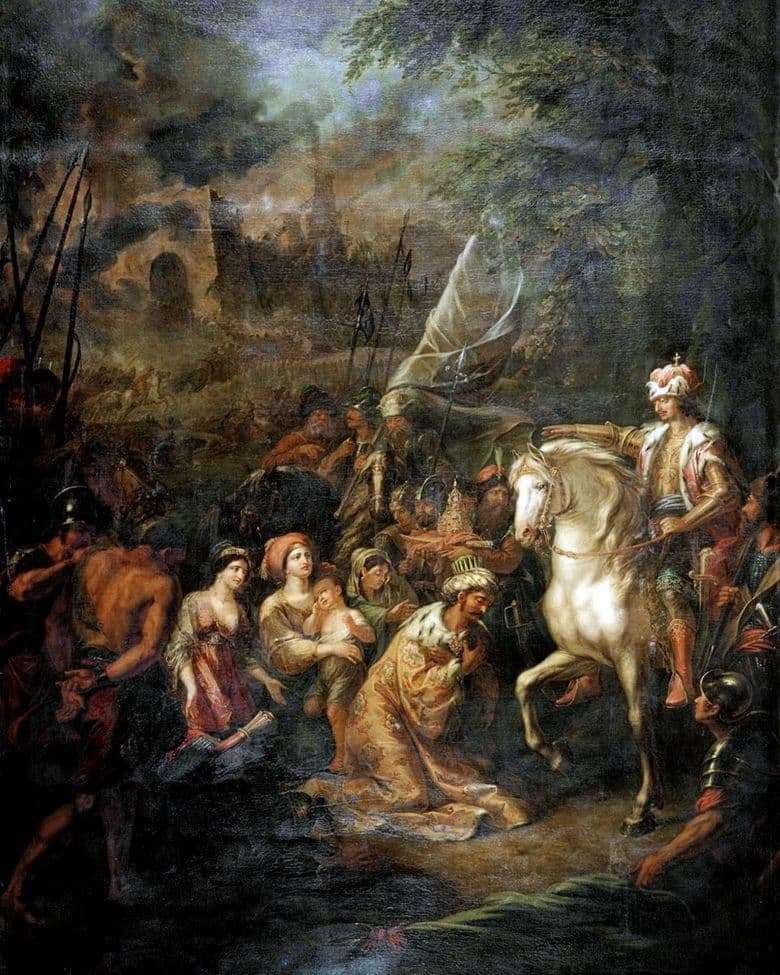 The great Russian artist in the painting “The Capture of Kazan” depicted one of the significant events in the history of the Russian people. Interestingly, the picture at a later time had a different name – “The entry of John IV into the Kazan conquered from the Tatars”, in which the artist depicted the image of a city in flames and the meeting of the winner with Ediger.

Ugryumov in his picture conveyed the spirit of the Russian tsar and the significance of this victory for the Russian people. Historical themes have always been an integral part of Ugryumov, who was able to perpetuate on the canvas the glory and determination of not only the Russian Tsar, but also the unity of the spirit of the Russian population. Despite the fact that there were other masters who conveyed the glorious pages of the history of Russia, Ugryumov showed special interest and peculiarity in this genre.

The artist was able to convey very colorful and vividly the emotions of Ediger, who was surrounded by his subjects and warriors. The picture showed the fall of Kazan and the cessation of existence as a separate khanate. Ivan the Terrible, on behalf of his people, became the protector and the new ruler of the great Russia, which, after the bloody war, united the Kazan Khanate. The artist was able to convey not only the historical fact, but also the emotions and feelings that overwhelmed the heroes of the picture. The military campaign that led to victory was immortalized in the work of the great Russian artist, who was able to discover a new edge in the historical genre.

The picture, in which the power and the spirit of the Russian people look through, aimed only at victory, has become known from a multitude of works on historical subjects.