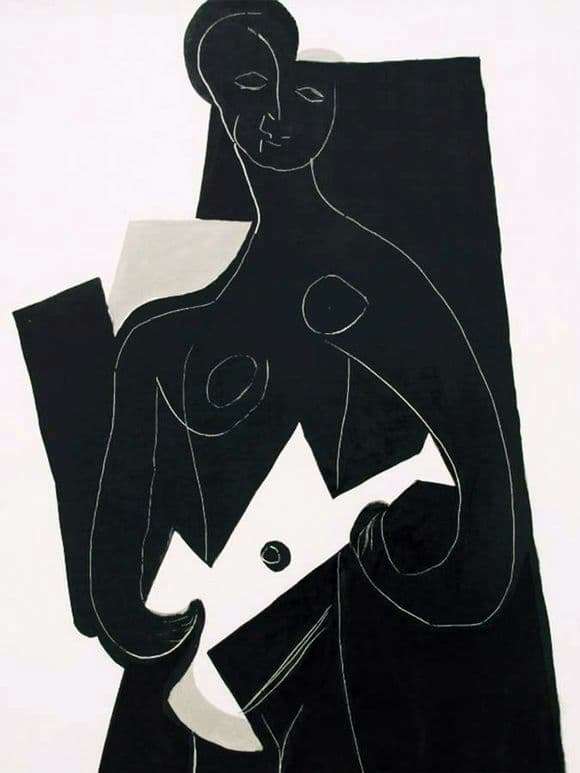 Picasso – one of the founders of cubism. At first he wrote in a realistic manner, but then, not being satisfied with this, he began to gradually break realism into its component parts, together with the images as if dissecting the universe. This can be traced to his work, if you look at them consistently.

The first of them are realistic and show the world in its entirety (or trying). Then they gradually begin to simplify, becoming more and more schematic. First, the volume disappears, leaving in place of the balls and cubes only the planes that move.

They are difficult to see the plot, but it is, and if you look right, you can see the dynamics, which is not always characteristic of three-dimensional images. Then the volume that could give the plane disappears and the drawing becomes irrevocably two-dimensional. He begins to express the main idea lines, not looking at the principles of academism and acting solely in the interests of the goal.

After that, there are only color spots in which the plot can still be viewed – sometimes more expressive than other artists who create in a more conservative manner. When all this way was covered, Picasso returned to realism with new knowledge, as if jumping across the entire distance traveled in one leap.

His “Woman with a guitar” is a creation of the penultimate period. There is nothing volumetric in it, it is, in fact, only a figure of black and white limited to several lines. But, meanwhile, it is clear that she is holding the guitar affectionately, like a child, that she is pleased with herself and the smile on her lips is tender, sweet, despite the fact that she is indicated only by a couple of verses. It seems that if a woman stands singing, a pure melody will flow, devoid of both meaning, plot and words, which is the only harmony.