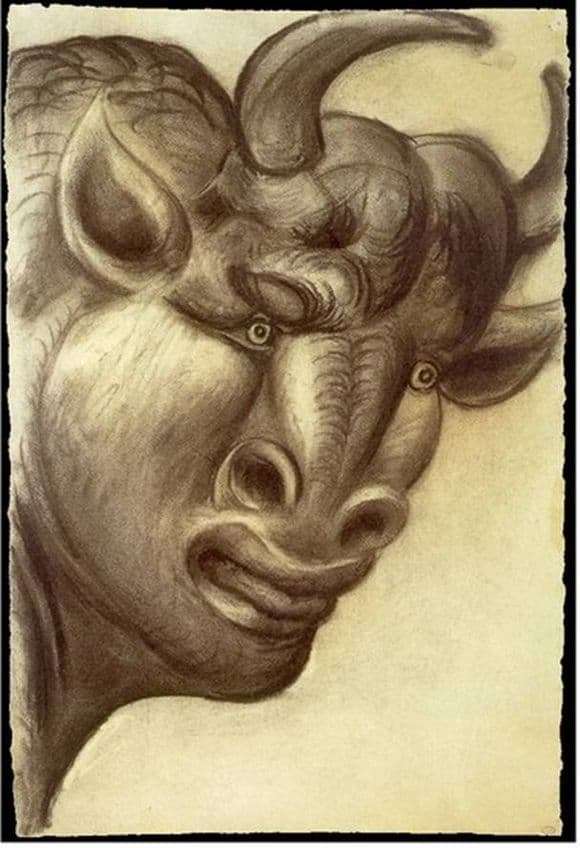 In the work of an outstanding painter there were periods associated with specific characters. One of these characters was the hero of ancient Greek myths – the Minotaur. The huge man with the head of a bull and the heart of the beast lived in the Labyrinth on the island of Crete, served King Minos, fed on living people. 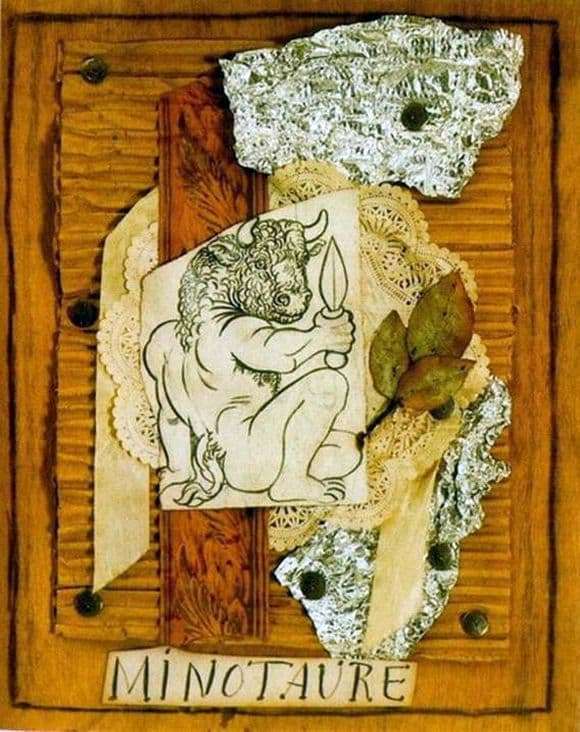 One day they sent him to be eaten by a hero, Theseus. The guy was ready to say goodbye to life, he did not know the way out of the labyrinth, but Ariadne (daughter of Minos) gave him a clue that could lead him out of the labyrinth. Theseus escaped and fled from Crete. A lot of legends were made of his future life, many works of art were written, dozens of canvases were created. 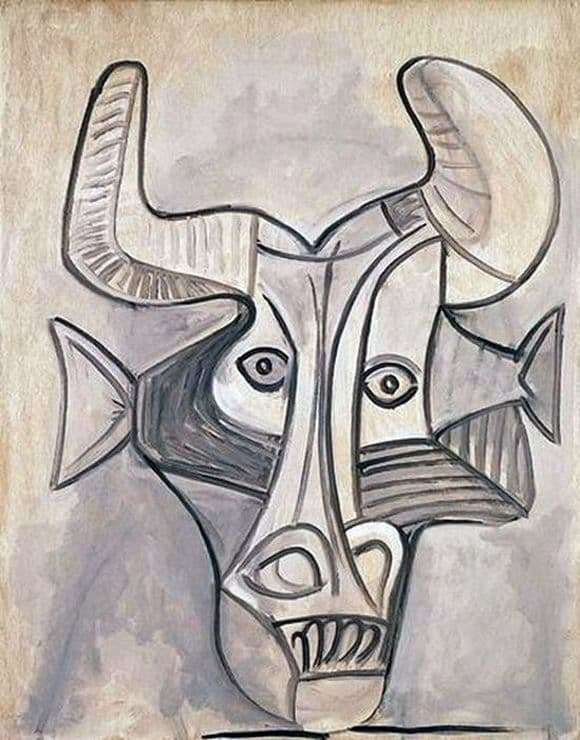 Picasso is not attracted to the hero himself, but his opponent – the Minotaur. The artist creates a series of paintings, the main character of which becomes the Minotaur. The impetus for creating the image of the Minotaur served as personal and public troubles. This and the civil war in Spain, and the separation from his wife, and the pregnancy of his mistress. The image of the minotaur appeared in March 1936 after visiting the town of Juan-les-Pins in France. 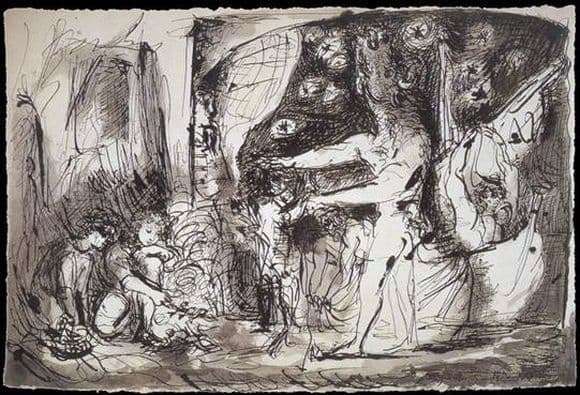 The minotaur in the Picasso image symbolizes the duality inherent in all people. It is most clearly manifested in the painting “Minotaur with a dead horse in front of a cave,” written in 1953. 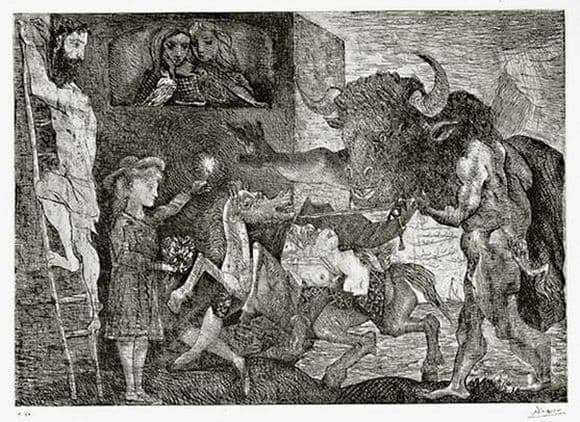 With incredible precision, the artist depicts lust and cruelty, detachment, despair and pain. Smiling at the girl next door, the Minotaur squeezes a dead horse in mighty hands, and invitingly with a hand gesture invites the girl to come up to enjoy the spectacle presented. The young beauty is frightened, and those in a cave are in no less horror. The fact that the Minotaur and the girl are not alone are evidenced by a pair of hands, visible in the left corner of the picture. 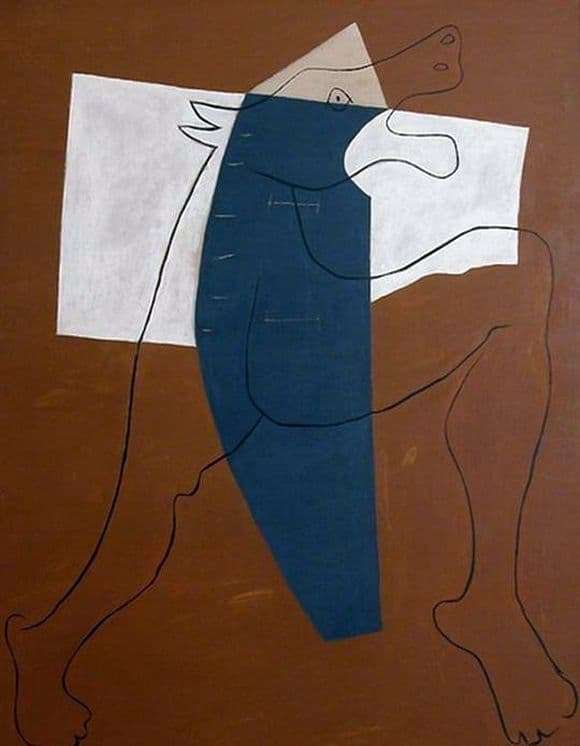 Creating more and more new images of the Minotaur, the artist tries to show all the depravity and pettiness of this world. The Minotaur is the spirit of the times, the symbolic representation of a bull-headed man.