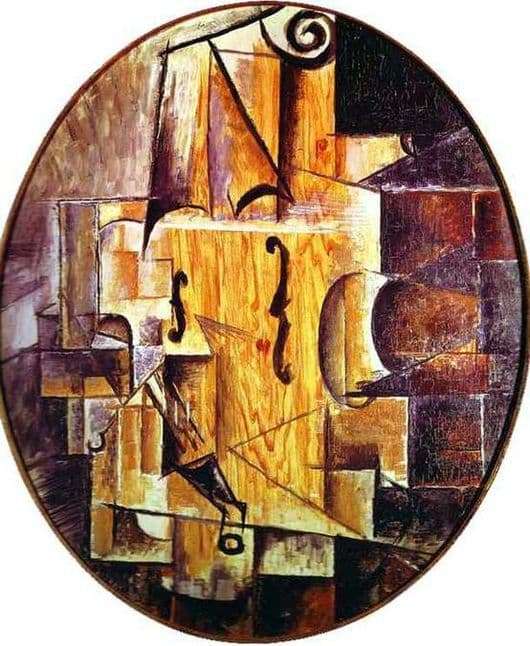 Picasso’s paintings were not recognized by anyone for a long time, since nobody understood them at all, and those who found a certain charm in them could be counted on the fingers of one hand. This continued until he began to write in his own style, called cubism. And the best of his paintings were written in the early days of life, and among them was the Violin, the year of writing, which is 1912. And the artist, as always, departs from the traditional depiction of objects, he prefers to give the viewer the opportunity to comprehend what he saw and create a complete image.

So the violin is disassembled into hundreds of small parts, which can be folded to everyone. Moreover, all the individual details of this violin are united together, each of them is outlined with very high precision and detail. The artist’s goal was not the image of the violin itself, but the desire to capture the music that can be obtained with the help of a violin. Music that sounds in sync with the creative work of the artist himself, who was carried away at this time with music and musical instruments.

The picture is placed in an ovoid oval; according to the artist’s idea, it was the oval that was supposed to remind the audience about the violin. In order to show the viewer that this is really a Picasso’s violin, wedges wooden elements into the picture, which serve as a wonderful reminder that in front of his eyes is a real violin that only a thinker can see.

The picture is written in the style of cubism, but this is no longer an early cubism, but a more mature understanding of it, which the artist expresses in subsequent pictures, all, also giving the admirers his talent an insoluble task, and the question: what did the great master want to say in this picture? Picasso had several such paintings, since this period of his work is entirely devoted to music, and therefore a year later in 1913 the picture “Violin and Grapes”, “Clarinet and Violin”, and several more pictures of the same subject appeared. 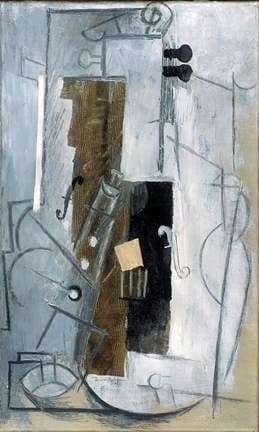 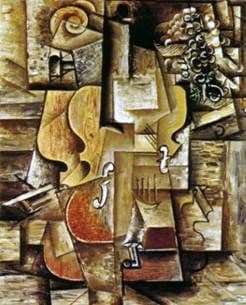 Having lived a long and fruitful life, the artist changed many trends in art, but cubism still remains the pinnacle of his work.