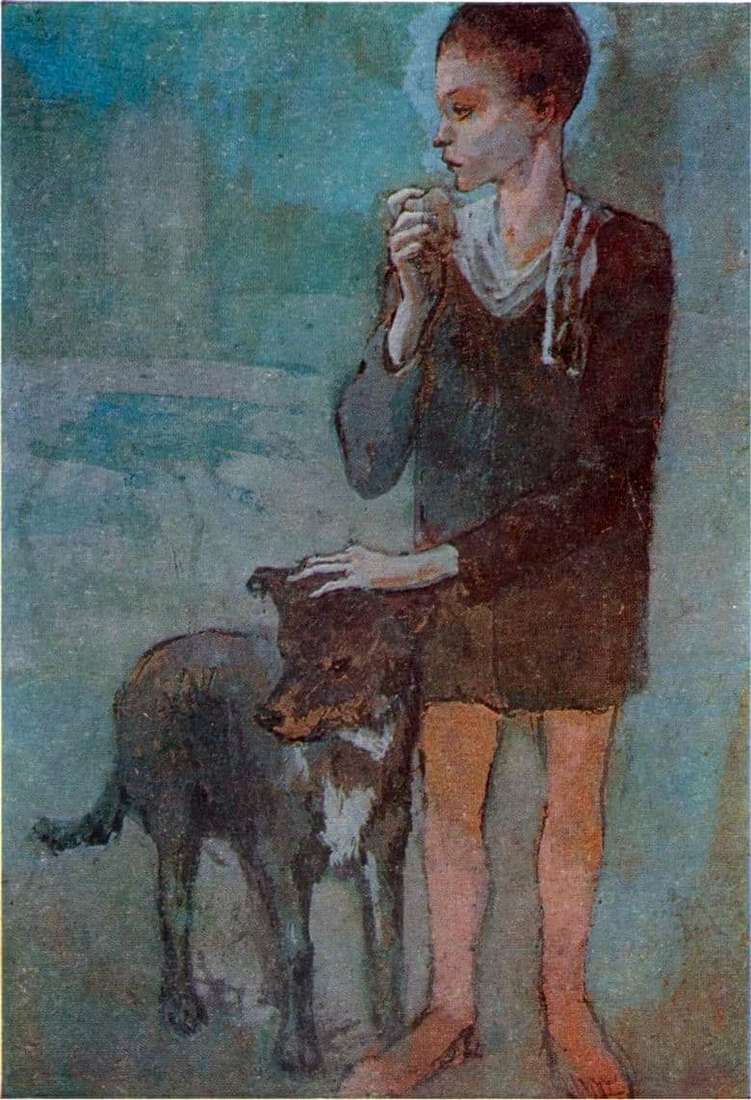 Pablo Picasso is known for his numerous works in his style of “blue period” – cold tones and simple heroes deprived of life, who betray his sad lyrics to his works. In 1881, this theme gradually shifted to the so-called “pink period” of his work. Here, the sadness is no longer so deep and tragic, it takes on a warmer tone.

In the colors of the canvas, besides the predominantly cold blue, a warm pink color appears. The artist draws attention to wandering circus performers, trying to convey in their paintings is not always the rainbow life. Romance of wanderings in different cities is burdened with poverty and, at times, starvation, but among this the author finds and conveys to us moments of spiritual love, intimacy and camaraderie.

This proximity is conveyed to us by the painting “A Boy with a Dog”, where a simple yard dog with intelligent eyes presses his head against the foot of a boy, who, in turn, casually strokes his head while he eats a pear. The truthfulness of the situation of circus performers of that time is shown in the very emaciated figure of a boy, whose proportions are slightly disturbed to enhance the effect.

The very touching picture, without too much sentimentality, shows the humanity of the poor young man. Subtle poetry is felt in all his image – a thin, deathly pale, poorly dressed and apparently a hungry child, he just lives the life that God gave him, and does not lose his human qualities.

In the film “The Boy with the Dog” is expressed the main feature of the art of Pablo Picasso – humanism to all living things.