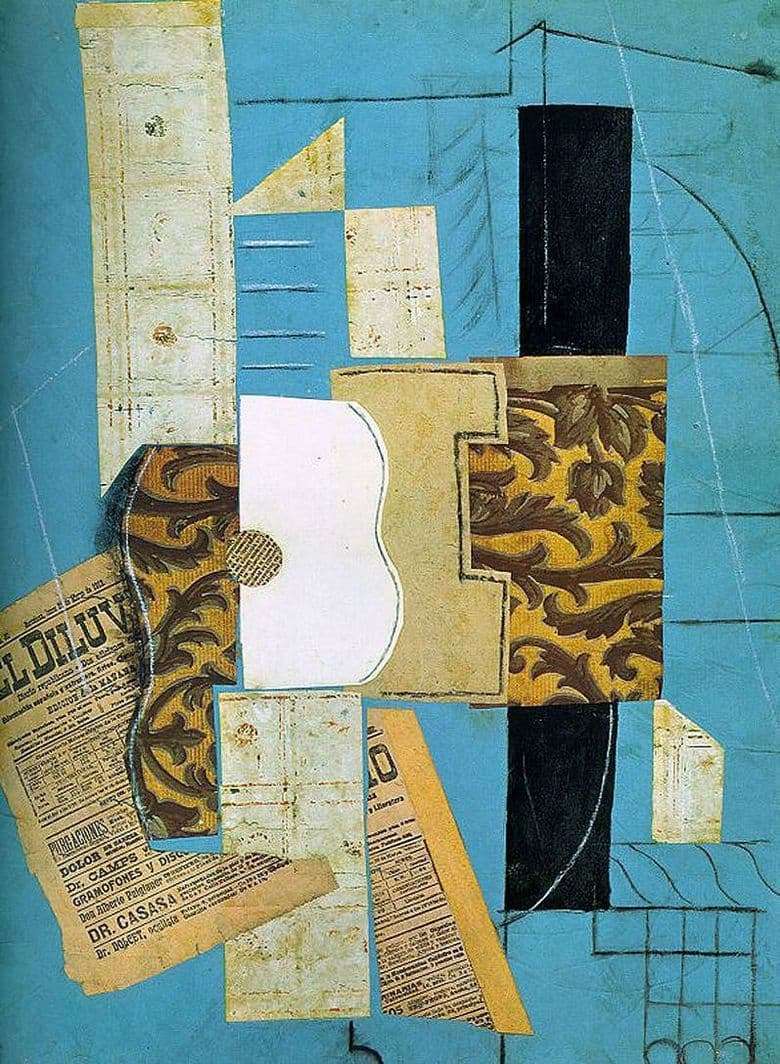 In 1912, a new trend in art was born – synthetic cubism, the main representatives of which are Georges Braque and Pablo Picasso. This style is full of colors, it is more cheerful than monochrome cubism. In the abstractions of the artist appears the texture of the material. A special role during this period was played by the creation of papier-colle – peculiar collages. Representatives of cubism took paper and pasted on it pieces of various materials: fabrics, paper, cardboard, newspapers, magazines, wallpaper. A typical example of a picture of synthetic cubism is Pablo Picasso’s Guitar.

In his work the artist depicted a guitar. He did not want to convey the true appearance of a musical instrument. Picasso laid out the work object into separate elements representing simple geometric forms. These forms he collected in one picture.

Blue paper is used as a canvas background. The artist drew geometric patterns, circles and smooth lines with the help of coal on it. Pieces of brown wallpaper with floral patterns, sheets of colored paper and yellowed old newspapers are pasted on top. In addition to coal, to depict the patterns Picasso used mascara and chalk.

In the process of creating his picture, Picasso departed from the basic principles of classical cubism, refused to depict three-dimensional models. His work focuses on the pictorial surface of the depicted musical instrument. He wanted the viewer to be fascinated by the picture, so that people would have the desire to touch the canvas, to find out, to check every detail of it by touch.