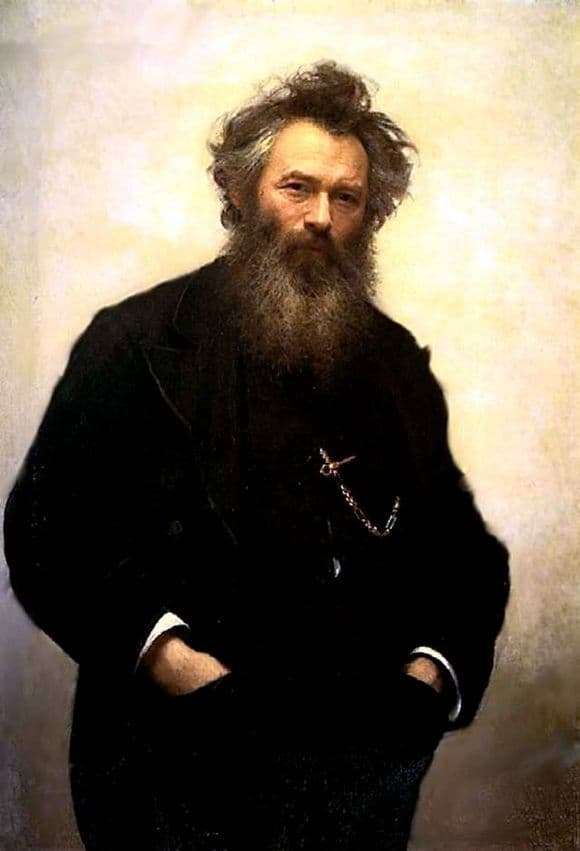 Portraits of Ivan Kramskoy were born from photo retouching techniques. The future painter traveled around Russia and painted photographic portraits, at the same time comprehending the laws of light and shade and volume.

In St. Petersburg, he finally gained fame as an excellent retoucher. Having risked without preparation, he passed the exams at the Imperial Academy of Arts, was successfully enrolled in the ranks of students and the most famous artists of that era.

After the rebellion that arose as a result of a protest against the academic order, Kramskoy and the Companions organized the Artel of artists with a free choice of topics, and then traveling exhibitions. The portraitist’s talent appeared with greater certainty and strength in the second half of the 19th century. He became a fashionable artist and received the title of academician.

By order of Tretyakov, Kramskoy wrote a series of portraits to create a gallery of outstanding Russian people, among whom the portrait of landscape painter Shishkin appears. We can see the real faces of people who brought glory to Russia and played a role in the history of art.

Kramskoy was friends with Shishkin and was his ideological inspirer. Realistic almost photographic painting of Ivan Kramskoy tells about the fate of the era. Shishkin Kramskoy depicted twice.

The portrait, painted in 1880, is a true and solid image of a landscape painter. A contemporary of Kramsky, who has just married for the second time, appears before the viewer. A large figure calmly looks from the canvas. Big hands do not fit in pockets.

The open high forehead gives out in it the owner with kind character that quite corresponds to verbal descriptions of colleagues who spoke of him, as about severe only with the appearance. By his Great Russian appearance judged as a volost foreman, in fact, belonged to the fine art.

Such as the “owner of the forest and the poet of nature” was – a tall, beautiful, strong man with an insightful look, thick beard and portrayed as Kramskoy.