Home ⇒ 🎨Kramskoy Ivan ⇒ Description of the painting by Ivan Kramsky “Portrait of I. A. Goncharov” 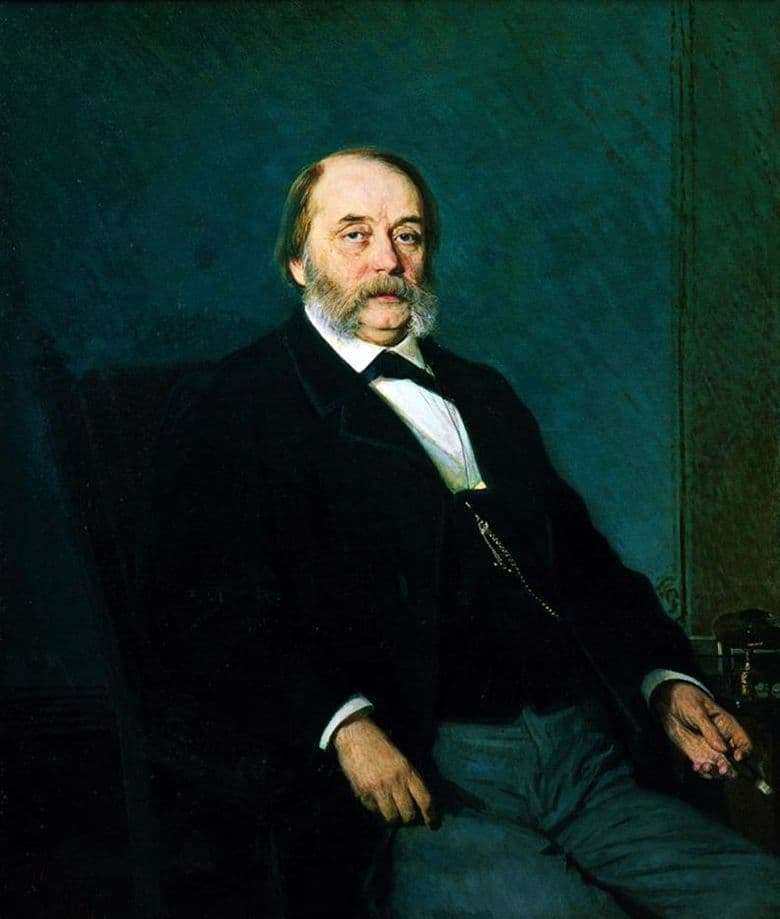 The portrait was commissioned by P. M. Tretyakov in a number of other paintings depicting outstanding figures of Russian culture. While working on the canvas, the artist conducted a conversation with the writer about the painting “Christ in the Desert”, which struck the writer with its profoundness. In his other portraits, a middle-aged Goncharov looks puffy, indifferent, balding old man, which did not give an exact idea of ​​him.

Kramskoy depicted him in a completely different way: calm, heavy, broad-faced, with neatly trimmed sideburns on his face, an elegantly dressed man with a lively character. His human, friendly light blue eyes attract attention. On the canvas in front of us, the patriarchal gentleman, who loves his country, all of its Old Testament way of life, but at the same time respecting the culture of the West, sits imposingly in a chair.

The composition of the painting is peculiar: a writer sitting in a chair in a relaxed posture, leaning against the back, is depicted against a darkened background of the wall.

The lower border of the frame hides the figure just above the knees. The position and demeanor, simple elegant clothes reveal the inner essence of man. The hands of the hero are realistically written: one hand rests quietly on the thigh, the second is turned upside down. The coloring of the picture is restrained and noble; a bright spot stands out only for the face.

The imprint of national characteristics, so brilliantly manifested in his novels, was reflected in the appearance and manners of the writer. The confusion of sincerity and self-will, simplicity and vanity, national sybarity and sensuality distinguished the artist’s personality from words. So he saw him Kramskoy, who worked on the images of goodies, which he considered his main task. At the heart of Goncharov’s portrait lies a feeling of sympathy and respect for the hero, for his spiritual world, as well as a belief in the unlimited power of beauty.