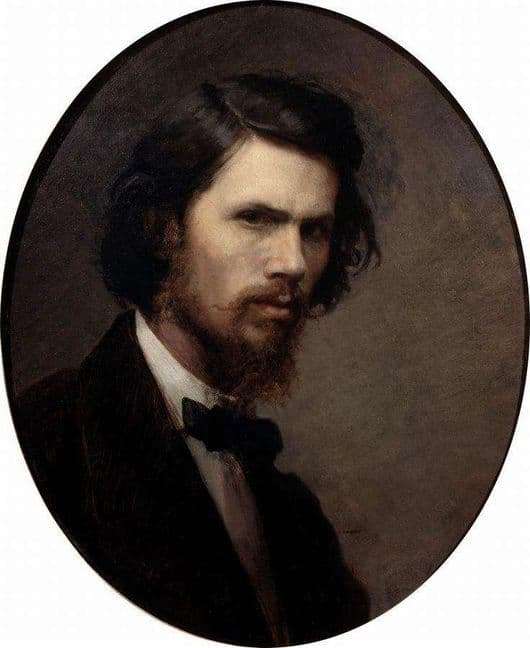 I. N. Kramskoy – is a Russian artist, famous for the fact that in 1863 he became the leader of the famous “Riot of Fourteen”, when 14 young artists defiantly left art school, refusing to paint what they were supposed to. In 1870, he organized the Association of Traveling Art Exhibitions, thereby further strengthening the faith in the power of art, or rather, in its ability to transform everything it touches. These personal characteristics, as well as the emotional state of the artist, were conveyed by him in “Self-portrait”, written in 1867.

One sight is enough to see that Kramskoy was a purposeful, inflexible person who could turn from a self-taught person into an idol and a leader of a whole generation of artists.

The picture is made in a realistic style, there are no unnecessary strokes, shadows or contours. Everything is conveyed as naturally and accurately as possible. This is what the artist wanted. A thin face with ascetic features, a bit ruffled, long hair, red beard complement the nature of the creator.

Separately, attention should be paid precisely to the eyes, or rather to the look. Despite the fact that he is cold and attentive, he managed to convey on an energetic level that passion for painting that was in full swing in his soul.

This “Self-portrait” of Kramsky was given special attention, since this is his first work, where there is not a single hint of bohemian artistry, if we compare this picture with the early works of the painter. In other words, he managed to do a tremendous job in a decade, and will learn how to convey facial and character features through a portrait as precisely and concisely as possible. 1867 was a real turning point for Kramskoy, as it reached a completely new level.